Her departure will arrive after she joined the Peacock network with 3-year, $69 million deal following her departue from Fox News in 2017.

AceShowbiz - Megyn Kelly's departure from NBC News is coming closer. The disgraced TV anchor had served about half of her 3-year, $69 million deal with the daytime morning show before she found herself on hot water for her controversial blackface comments during her 9 A.M. slot of "Today".

According to Page Six, Megyn has been finalizing her exit deal with the network. Sources allege that Megyn will be paid around $30 million. Her departure will arrive after she joined the Peacock network following her departue from Fox News in 2017.

"It's taking slightly longer than expected, the paperwork is going back and forth," says a source familiar with the negotiations, adding that things will officially change starts next week at the earliest.

"Everyone wants this to be over -- both Megyn and NBC -- and Comcast has the money to pay off Megyn. We thought this would be a done deal a few weeks ago," another source shares.

"NBC decided rather than fight and face a lawsuit from her, they -- and more importantly, Comcast with all its money -- decided to draw a line under the entire debacle and pay Megyn the full amount owed in her contract to go away," one senior TV source continues. "But this is far from the end of her TV career -- in the [Donald] Trump era, there are few broadcasters like her. Megyn would likely take a short break from TV and return to cable news ahead of the 2020 election."

She apologized later on, saying in an internal email to her NBC colleagues, "That such behavior is indeed wrong, and I am sorry. The history of blackface in our culture is abhorrent; the wounds too deep." 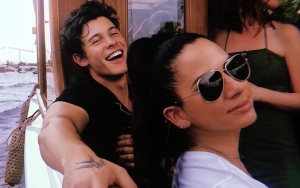