AceShowbiz - Eric Bana is a shady doctor in upcoming Bravo series "Dirty John", on which he stars opposite Connie Britton. In order to further hype the much-anticipated true crime anthology, the network has released a new trailer for viewing pleasure.

The 2-minute video opens with Connie's lonely businesswoman and mother Debra Newell meeting charismatic con-man John Meehan (Eric), whom she first met online. It doesn't take long for the two to embark on a whirlwind romance as Connie praises him for making her feel special.

While John has really gotten Connie under his skin, it's a whole different thing for her two daughters. Terra ("Ozark") and Veronica ("Juno Temple") seemingly are skeptical of their mom's new boyfriend. "If he's really a bad guy, and not just a jerk, mom will see it," says Terra. "But what if she doesn't see it?"

Things start to go downhill after John and Connie find a woman, looking like a mess, in her house. One of her friends appears to attempt to knock some sense on her, saying that John is good at lying. "He is not a perfect person, bu he loves me," Connie defends her lover.

However, one day she discovers the dark secret that John is trying to hide. "You're going to find out what I am," John threatens.

Based on Christopher Goffard's Los Angeles Times articles and breakout podcast of the same name, "Dirty John" follows the cautionary tale of how a whirlwind romance between Debra Newell and the charismatic con-man John Meehan spiraled into a frightening web of deception, denial and mental terror that nearly tore a family apart.

Created by Alexandra Cunningham and directed by Jeffrey Reiner, the eight hour-long episodes are produced by Universal Cable Productions, in association with Los Angeles Times Studios and Atlas Entertainment. The series was given a a two-season, straight to series order from Bravo Media, with the sophomore season being based on an all-new story. 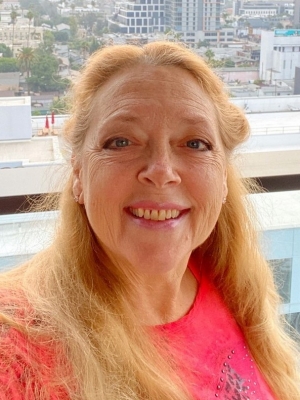