A representative for the 'Tower Heist' actor comes out with the happy news just days after Paige Butcher was seen wearing a huge diamond on her ring finger.

AceShowbiz - Eddie Murphy is heading down the aisle again after asking his longtime girlfriend, Paige Butcher, to be his bride.

The funnyman's representative has confirmed the news to Entertainment Tonight, days after pregnant Butcher, 39, was spotted wearing a huge diamond on her ring finger as she ran errands in Los Angeles.

The 39-year-old Australian model and actress began dating Eddie in 2012, and gave birth to their first child, daughter Izzy Oona in May, 2016.

"Eddie Murphy and longtime girlfriend Paige Butcher are pleased to announce that they are expecting their second child in December," a statement read.

Rumours about Paige's pregnancy first swirled when she was photographed with what looked like a baby bump. She appeared to confirm the news herself as she posed for photographers in a pink bodycon dress, which clearly showed off her belly in Los Angeles on August 27.

The baby will be Eddie's 10th child - as well as little Izzy, he also has eight kids from four past relationships, including an 11-year-old daughter, Angel, he shares with former Spice Girls star Melanie Brown.

His kids range in age from son Eric, 29, to Izzy Oona.

The actor gushed about fatherhood in a 2016 interview with ET, joking that while his oldest kid is close to 30, his adult children were "grown", not "old".

"None of my children are grey and balding," he joked, adding his kids are "the brightest part" of his life.

"My world revolves around them - even the old, grey bald ones," he laughed. 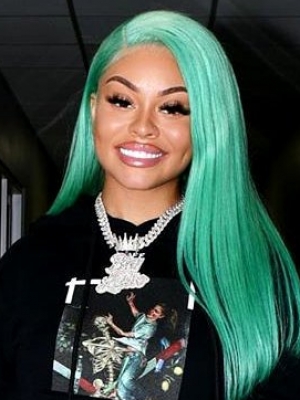