The 'Bodak Yellow' hitmaker went bare face when arriving in JFK after attending Paris Fashion Week, where she had to use duct tape to hold up her breasts.

AceShowbiz - Cardi B didn't look a bit care of her appearance when touching down JFK on Thursday morning, September 27. The Bronx femcee opted for comfort over fashion as she donned a bathrobe and slippers after attending Paris Fashion Week the night before.

The mother of one went makeup free with her long hair let loose. She carried a brown blanket and looked down at her phone when walking around the airport. Still, she showed a touch of glamor with a huge diamond ring on her left ring finger. 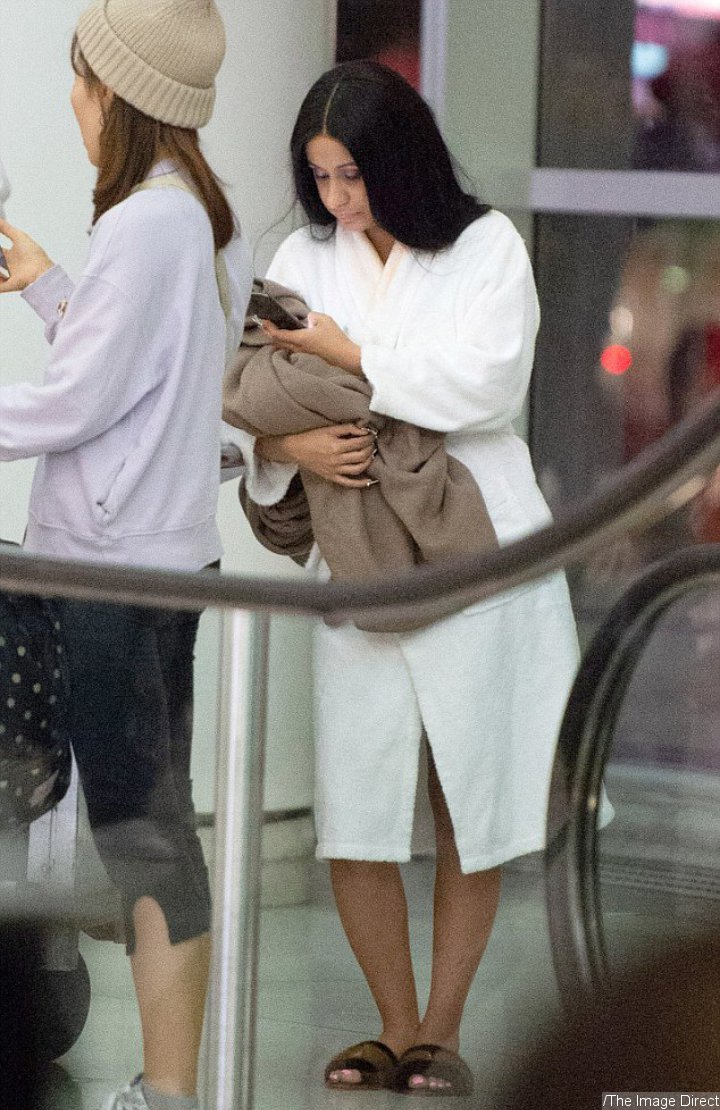 Cardi B went bare face and wore a bathrobe when touching down JFK.

It was a completely different style to the ones she showed during Paris Fashion Week. But behind her flawless looks at the fashion event, Cardi showed the ugly reality of her post-pregnancy body. The wife of Migos' star Offset revealed that she had to use duct tape to hold up her breasts.

The "Bartier Cardi" hitmaker said that her baby girl "did me filthy" and she plans to get a bob job, which she dubbed a breast renovation. She added, "I don't give a f**k, if y'all motherf**kers see me gone in November, December. I'm getting my t*ts done. I don't give a f**k. Matter of fact, I'm not even going to call it a surgery. I'm just going to say a 't*tty renovation' because I got to renovate these s**ts."

Admitting that her "s**t is not looking beauts.", she captioned the video, "Kulture did me bad."

Kulture did me bad 😩

This isn't the first time Cardi has complained about her sagging breasts. Back in August, she revealed during an Instagram Live video that she planned on getting a liposuction and a second breast augmentation after giving birth to her daughter.

"I still got, like, a lot of love handles right here," she told fans while pointing at her stomach. "They're not much, but [...] I'm used to having, like, a real tight stomach. So this extra skin is like, 'Where the f**k did you came from?!' "

The 25-year-old also said that she didn't like how her breasts looked. "But I need to do my titties ASAP. They keep getting lower and lower," she shared. "Now that I had a baby, I really don't like how they look. So I might get breast surgery and I might get some f***ing lipo..."