The Eleven depicter can also be seen crawling back from the ocean while bawling in her dripping wet clothes.

AceShowbiz - A slew of photos taken from the set of "Stranger Things" season 3 have found their way out online. The photos feature star Millie Bobby Brown filming a dramatic scene at the beach on Thursday, September 27 for the upcoming season of the Netflix sci-fi series.

Taken from the show's Malibu, California set, the photo saw the Eleven depicter looking distraught in her wet clothes. Dripping all the way, Millie was seen walking barefoot on the shore. She donned a yellow-and-black patterned top and denim overalls, Millie was photographed screaming her lungs out for an unknown reason.

Another picture, meanwhile, featured the 14-year-old sitting on the shore and let the wave hit her, looking absolutely in despair. She was also snapped crawling back from the ocean while bawling.

During the filming, she was joined by co-star Aimee Mullins, who plays her character's mom, Terry Ives, and a stunt double among others.

Season 3 of "Stranger Things" are currently in production, eyeing a 2019 premiere. Netflix's programming executive Cindy Holland previously explained the reason for the delay, "It's a handcrafted show. [Exec producers] The Duffer brothers and Shawn Levy have worked really hard, and they understand the stakes are high."

Holland added, "They want to deliver something bigger and better than what they did last year. And so they really want to take the time to get it right."

In addition to the returning stars, the new season will feature newcomers including Maya Thurman-Hawke, Francesca Reale, Cary Elwes and Jake Busey. 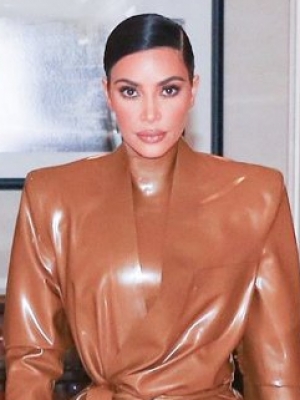