After finishing their performance, the long-haired man is seen leaning down to give the model a kiss on the lips onstage.

AceShowbiz - Paris Jackson may not only have found a new bandmate, but also a new man in her life. While performing with her new band The Soundflowers in Los Angeles on Saturday afternoon, August 11, the 20-year-old model was spotted packing on the PDA with her bandmate Gabriel Glenn.

The rumored lovebirds looked beaming with joy as Paris was seen snuggling up to Gabriel on the grass during a break from performing. For the performance, she opted for a hippie look with a sleeveless light brown crop top and an orange bohemian skirt. She had her tangerine-dyed hair fall to her shoulder and completed the look with several necklaces and bracelets. 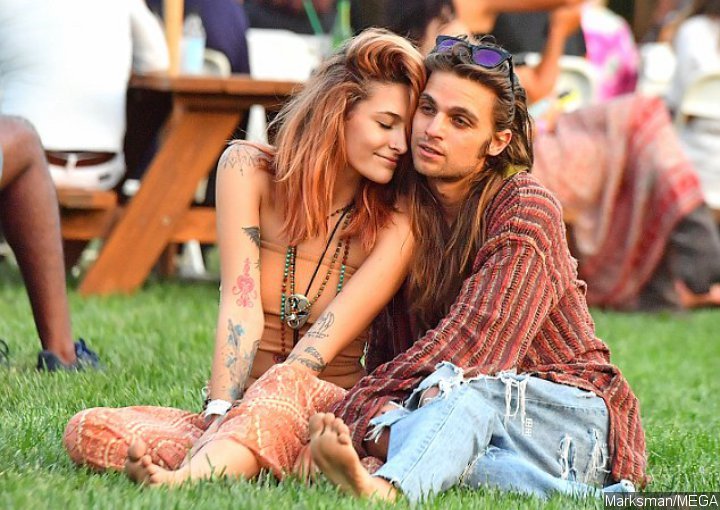 Snuggling apparently wasn't enough for both of them. After finishing their performance on stage, Gabriel was photographed leaning down to give the actress a kiss on the lips as they hold hands. Their face could not be seen as his long hair covered most part of their face. 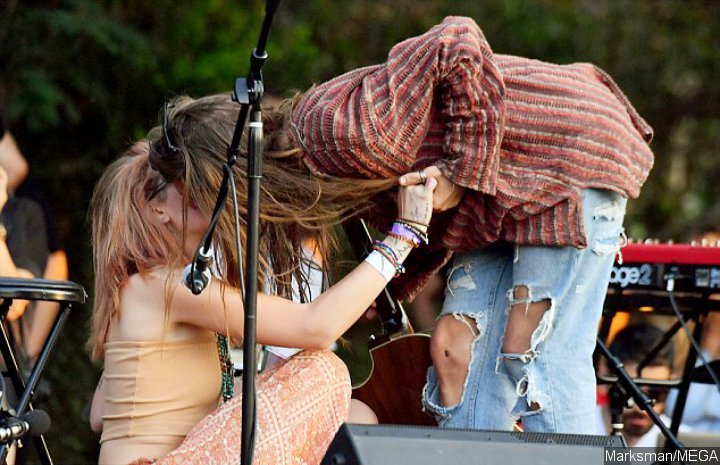 Their PDA continued after they walked down the stage. The alleged couple strolled barefoot through the lawn with the daughter of Michael Jackson linking her arms to Gabriel's. This time, she sported a pair of glasses while the man was seen carrying a brown backpack. He wore an oversize checkered shirt and ripped jeans. 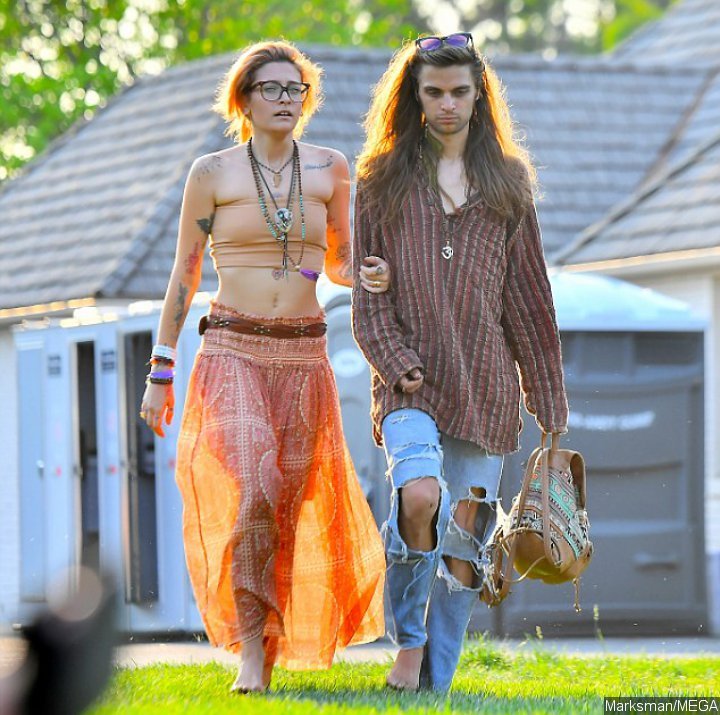 Paris Jackson and Gabriel Glenn walk arm-in-arm after the show.

Paris has yet to confirm their relationship status.

For her second performance with her new band, the "Gringo" actress was supported by her grandmother, Katherine Jackson, who came to the show. Paris shared a series of pictures with her grandmother at the event, one of which showed her lovingly kissing the 88-year-old on the cheek.

"I can't believe my grandma made it to our second live show ever, and she actually liked it!?!!! I was s***ting my pants," she captioned the pics. "I love you so much grandma. I'm so happy we got to play for you for such an incredible cause."

Report: Jason Statham and Rosie Huntington-Whiteley to Get Married on New Year's Eve