The letter has been signed by Chris Pratt, Zoe Saldana, Bradley Cooper, Dave Baustista and Vin Diesel among others.

AceShowbiz - The cast of Guardians of the Galaxy have signed an open letter supporting the film franchise's director, James Gunn, after he was fired following a Twitter scandal.

Disney executives fired Gunn from the upcoming third Guardians movie earlier this month after an ill-advised Twitter joke he made about paedophilia several years ago was unearthed.

Gunn has since apologised, revealing he once foolishly liked to post things to shock followers, and Bautista was quick to support him, urging Disney bosses to rethink their decision, while Pratt and Saldana both addressed the drama on social media, without taking sides.

Posting the open letter online on Monday, Pratt added the caption: "Although I don't support James Gunn's inappropriate jokes from years ago, he is a good man. I'd personally love to see him reinstated as director of Volume 3."

"We were all shocked by his abrupt firing last week and have intentionally waited these ten days to respond in order to think, pray, listen, and discuss," the letter reads. "In that time we have been encouraged by the outpouring of support from fans and members of the media who wish to see James reinstated as director of Volume 3, as well as discouraged by those who were so easily duped into believing the many outlandish conspiracy theories around him.

"Each of us looks forward to working with our friend James again in the future. His story isn't over - not by a long shot."

The letter continues: "There is little due process in the court of public opinion. James is likely not the last good person to be put on trial. Given the growing political divide in this country, it's safe to say instances like this will continue, although we hope American from across the political spectrum can ease up on the character assassinations and stop weaponizing mob mentality."

Although I don’t support James Gunn’s inappropriate jokes from years ago, he is a good man. I’d personally love to see him reinstated as director of Volume 3. If you please, read the following statement- signed by our entire cast.

Meanwhile, a Change.org petition demanding his reinstatement has now amassed over 335,000 signatures.

'The Simpsons' Won't Recast Apu, According to Matt Groening

Chris Pratt and Katherine Schwarzenegger Confirm Romance With a Kiss

Lady GaGa May Reunite With Bradley Cooper in 'Guardians of the Galaxy Vol. 3'

Zac Efron May Join 'Guardians of the Galaxy Vol. 3' as Adam Warlock 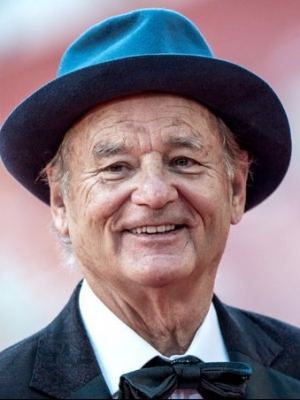