The singer-songwriter suggests in an interview that she's currently in discussion to write a new song for the five-piece group.

Although Geri Horner, Victoria Beckham Mel B, Mel C and Emma Bunton announced plans for some form of reunion earlier this year - fans have been kept in the dark as to the nature of the project.

The group are reportedly divided over whether they will tour - with Victoria reluctant to hit the road - and they are rumoured to be plotting the release of a greatest hits collection featuring some additional new tracks.

Cathy, who was discovered by the Spice Girls manager Simon Fuller and penned Bumper to Bumper, the B-side to their debut hit Wannabe, told Britain's Daily Star newspaper that she wants to work with them - and suggested discussions have already taken place.

The 1980s popstar has also written for Mel C as a solo artist - and Sporty Spice recently hinted she and her bandmates had been talking about working on new music.

"We are hanging out and talking about possibilities and opportunities," she let slip at the Ivor Novello Awards last week (end June 3). "We'd love to do something together."

Reports have linked the band with a wide array of projects as part of their reunion - including a tell-all documentary, an animated superhero movie. Of the five, Mel B has been the most forthcoming about their plans, revealing she was expecting to go on tour on U.K. TV show "Loose Women".

"If it was up to me we'd go on tour immediately," she said. "Maybe we will soon... hopefully. I've always said we're definitely touring. I think I've just been nagging them all a bit too much. I stopped nagging and then they all said yes." 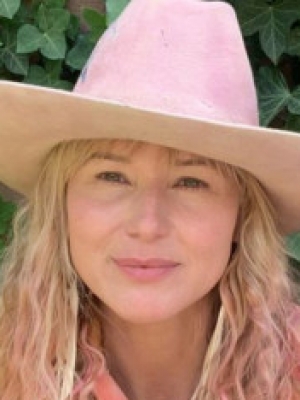