The 'X-Men: Apocalypse' actress shares a picture of her backside and pokes fun at the unintended showing, writing, 'At least it was a pretty lace thong.'

AceShowbiz - Olivia Munn showed more than what she bargained for when recently stepping out in a colorful dress. The 37-year-old actress, who will reprise her role as Psylocke in "X-Men: Apocalypse", suffered a wardrobe malfunction in the tight dress.

On Monday afternoon, May 21, the brunette beauty was spotted leaving a leaving a building in New York and heading to the "Late Night with Seth Meyers" studio to film her appearance on the show. As she stepped into a waiting car, her dress fabric was apparently too sheer, revealing her white thong underwear and her pert derierre underneath the geometric-print dress.

Olivia matched the long-sleeved dress with purple heels. She also sported a daring red lipstick and matching nail colors. Her long tresses were let loose and hang on her shoulders.

After various news outlets reported the unfortunate mishap, Olivia couldn't help notice the news. But instead of getting stressed over it, the actress who will be featured in "Ocean's 8" knew how to laugh it off.

She took to Instagram Stories to share a picture of the wardrobe malfunction and praised herself for "at least" wearing the underwear. "At least it was a pretty lace thong," she captioned it. 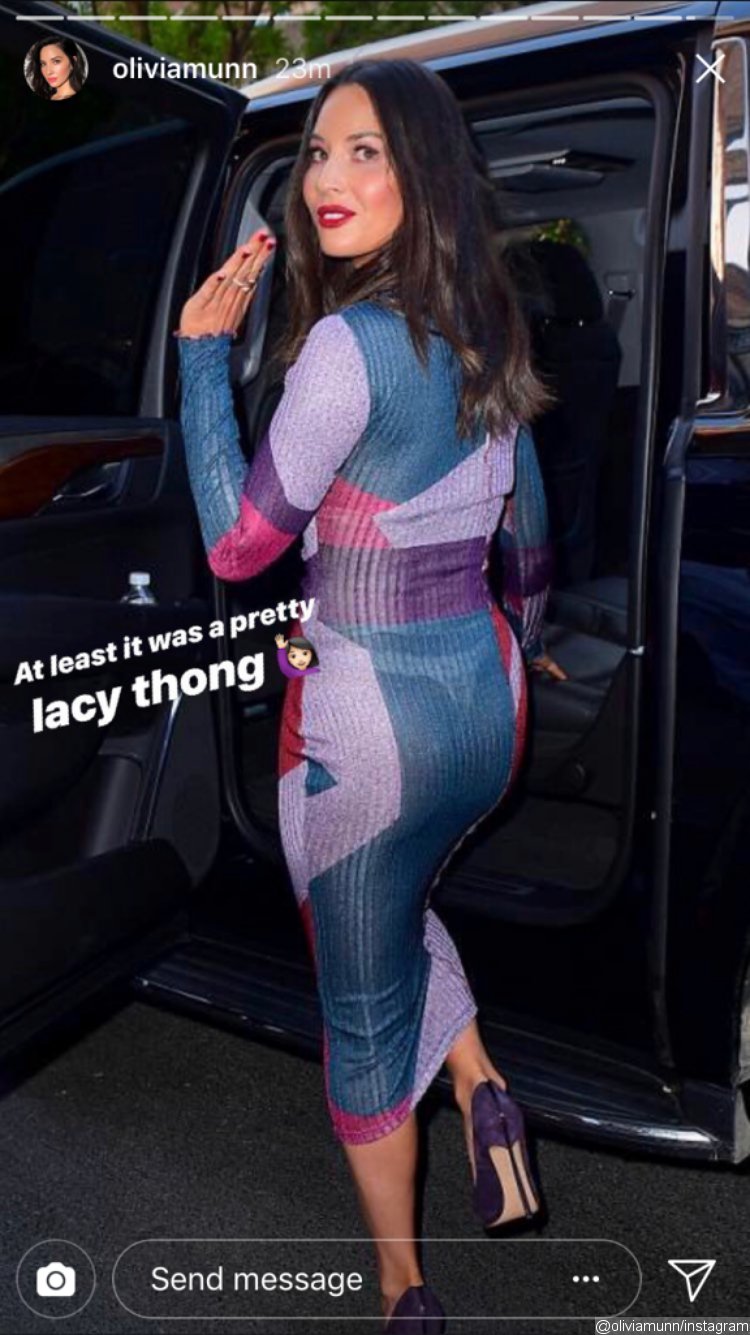 Olivia Munn responds to the wardrobe malfunction on Instagram Stories.

She also stars in a new "Predator" film, "The Predator", from director Shane Black. The fourth film in the franchise, it is set to take place between "Predator 2" (1990) and "Predators" (2010). Boyd Holbrook takes a lead role in the movie, which is due out September 14 in the U.S.