The 22-year-old model attends the screening of 'Girls of the Sun' in a floor-length white tiered dress, with the sheer tulle leaving her nipples on full display.

AceShowbiz - Kendall Jenner has been titilating fans during the Cannes Film Festival in France by baring her breasts in a pair of sheer ensembles. Kim Kardashian's little sister dazzled on Friday night, May 11 by stepping out for the Chopard party in a sparkly mini-dress, leaving little to the imagination by opting to go braless as she donned a pair of nude-coloured panties underneath.

She poked fun at her sexy ensemble by sharing a snap of herself modelling the see-through gown on Instagram, and simply captioned it, "oops."

Kendall let it all hang out again on Saturday, May 12 as she hit the red carpet for a festival screening of "Girls of the Sun" (Les Filles Du Soleil), posing for photographers in a floor-length white tiered dress, with the sheer tulle leaving her nipples on full display.

The runway regular and "Keeping Up with the Kardashians" star is known for frequently ditching her bra, recently attending the opening of Longchamp's Fifth Avenue store in New York City in a sheer white Elie Saab mini-dress, which also showed off her bare breasts. 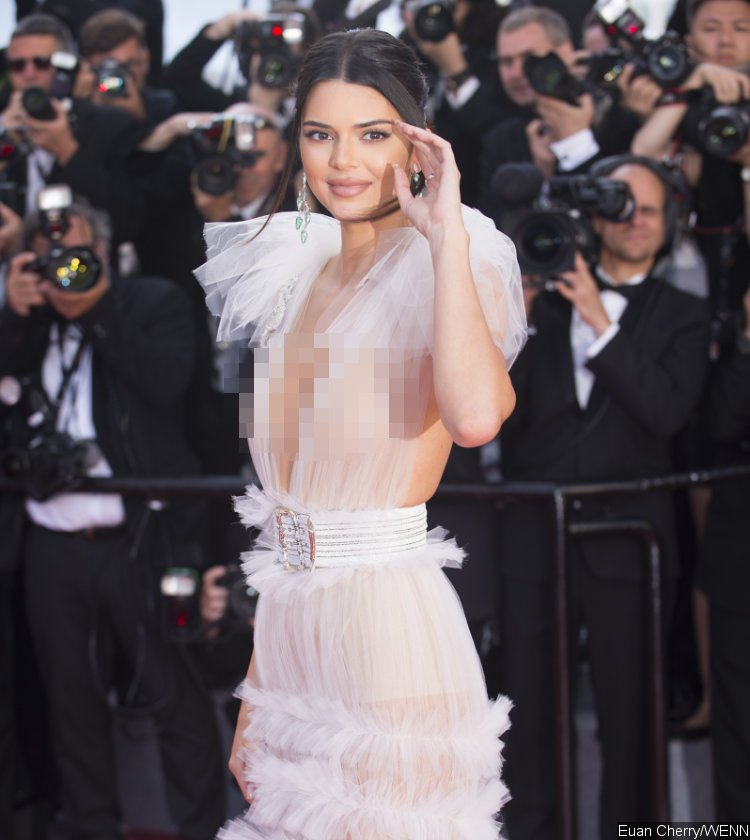 The 22-year-old previously opened up about how her body confidence had enabled her to dump her bra in public, without worrying about what others may think. "I really don't see what the big deal is with going braless," she wrote in a post on her website last year. "I think it's cool and I really just don't care! It's sexy, it's comfortable and I'm cool with my breasts. That's it!".

Kendall Jenner Goes Off on Kylie for Wearing This Outfit: 'You Ruined My Night'