The 'Jersey Shore' star has proposed to his college sweetheart and she said 'yes,' so he reveals on Instagram along with their engagement pictures.

AceShowbiz - The Situation is engaged to be married. The reality TV star, whose real name is Mike Sorrentino, has proposed to his girlfriend and college sweetheart Lauren Pesce and she said "yes." He took to Instagram on Thursday, April 26 to announced the good news and share their engagement photos.

"GYM TAN WE'RE ENGAGED!!" he captioned a photo showing him and Lauren on a carousel.

Another picture saw him getting down on one knee and presenting Lauren with a ring, with the vast ocean in the background. "THE FUTURE MR & MRS SITUATION," he wrote along with it.

Lauren also took to her own Instagram account to share a close-up shot of herself, flaunting her engagement ring. "I said YES - love you forever," she wrote in the caption.

Mike's "Jersey Shore" co-stars have congratulated the couple on their engagement. Nicole "Snooki" Polizzi wrote on the comment section of his Instagram picture, "Love you two so much!!!!" Vinny Guadagnino added, "Congrats fam!!!!!"

Mike and Lauren met in college and began dating four years before he starred on "Jersey Shore" in 2009. They broke up, but later rekindled their romance in 2012 and have been together ever since. Mike said in the latest episode of "Jersey Shore: Family Vacation" that he might want to propose to Lauren in the future.

The reality TV star told Us Weekly, "I have always dreamed of proposing on 'Jersey Shore', the show that introduced me to the world. I'm currently living the dream and proposed to my college sweetheart, Lauren Pesce, amongst my best friends on the biggest reality show in the country. We are so proud and excited to share this chapter of our story with the world." 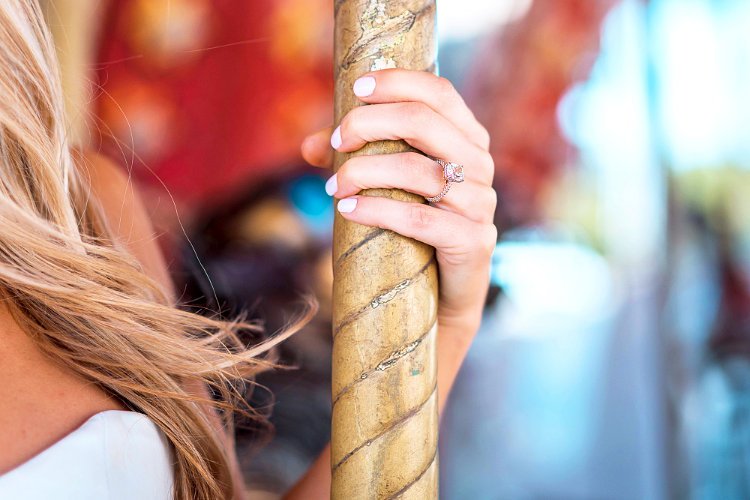 Mike previously revealed that Lauren has stayed with him through the darkest times, including when he was abusing prescription drugs which ended after a 60-day stint in rehab in 2012. He relapsed in 2015, but is now 28 months sober.