The younger sister of Kate Middleton wears a periwinkle coat and loose-fitting pants while heading to the gym in London.

AceShowbiz - Can you see the baby bump? Pippa Middleton has stepped out after reports emerged that she's expecting her first child with husband James Matthews, almost a year after they tied the knot. The younger sister of Duchess of Cambridge Kate Middleton was spotted hitting the gym in London on Monday, April 23.

The 34-year-old author donned a periwinkle coat over a black shirt and loose-fitting white pants while walking to the gym. She also wore black sandals and completed her look with round sunglasses while carrying a backpack. 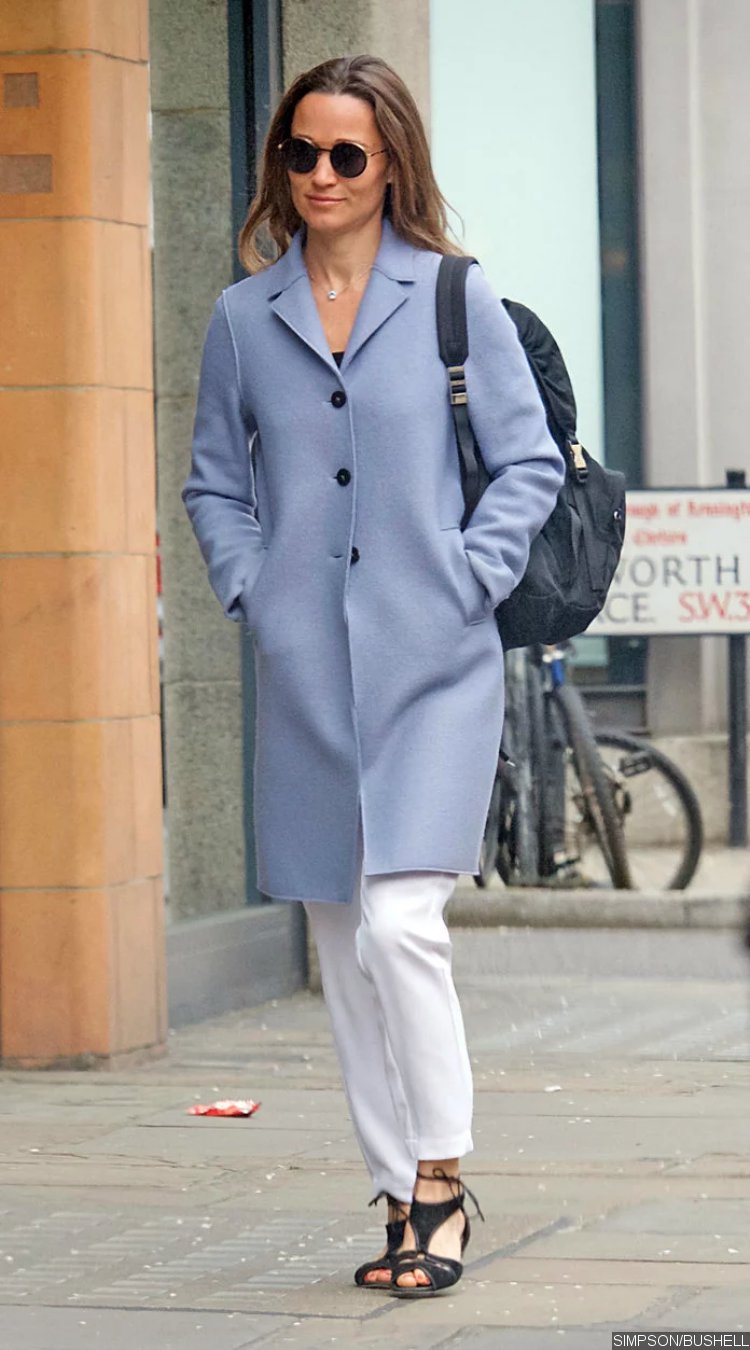 Two days before, on Saturday, Pippa was seen walking her dogs in London with a friend. She looked stylish in a flowing tan pantsuit, matched with her cream-colored sling bag. She was all smiles as she held the leashes of her cocker spaniel Rafa and her husband's black Labrador.

According to The Sun's sources, Pippa and James, who got married on May 20, 2017, broke the happy news about her alleged pregnancy to their families on April 20 after reaching the end of her first trimester. Words are Pippa is due in October. The couple has not confirmed the news.

The news came just hours before her sister Kate went into labor on Monday morning. The Duchess of Cambridge gave birth to her third child, a baby boy, with Prince William later at 11:01 A.M. local time on the same day.

The happy parents later debuted the newborn baby, posing for photographers outside St. Mary's Hospital in London as they prepared to head home. The baby's name is yet to be announced. The new prince joins big brother Prince George, four, and sister Princess Charlotte, two. He is fifth-in-line to the throne behind Prince Charles, Prince William, Prince George and Princess Charlotte.

DNCE Teams Up With K-Swiss to Launch Shoe Collection

Report: Allison Mack Tried to Get Emma Watson and Kelly Clarkson on Her Sex Cult