The actress shares on Instagram that her water broke while she was enjoying a concert in the city, but she decided to go to hospital after the concert ended.

AceShowbiz - Olivia Wilde went into labor with her first child Otis during a Jon Batiste concert in New York. In honour of her son's fourth birthday, Olivia revealed that her waters broke while she was enjoying the gig.

"Four years ago today we were at a @jonbatiste concert at Webster Hall in Manhattan, and this little one decided he wanted to come out and join the dance party," the 34-year-old shared on Instagram, alongside a picture of her son wearing a birthday crown and holding up four fingers. "My water broke somewhere up on the balcony. So next time you're there, think of us," she joked, referencing fiance Jason Sudeikis."

And while the couple could have left to go to the hospital, Olivia confessed they decided to stay put until the concert ended. "We obviously stayed til the end of the show. Cuz that's how we do.) Happy birthday, Otis!!!" she wrote.

4 years ago today we were at a @jonbatiste concert at Webster Hall in Manhattan, and this little one decided he wanted to come out and join the dance party. My water broke somewhere up on the balcony. So next time you’re there, think of us. 😂. (We obviously stayed til the end of the show. Cuz that’s how we do.) Happy birthday, Otis!!!

Olivia and Jason are also parents to 18-month-old daughter Daisy.

The actress recently told PEOPLE that she's deliberately making a point not to force her son into enjoying gender-specific activities and colors. "[Otis] loves 'Moana', obviously, and when he thinks about Moana, he thinks of himself as Moana," she explained. "I love hearing him sing... it's the best when you can watch them singing in the backseat of your car, and he's just like, 'I wish I could be the perfect daughter!' And he's just belting it out."

"That's so great because at a certain age he's going to be like, 'Well, I can't, that's... 'You know, and he still doesn't judge things like pink, or dance or gymnastics. These aren't things that are gender-specific yet," she added. "I don't know why at a certain point we tell them that's for boys and that's for girls, but I'm going to do my best to not force that delineation."

Olivia Wilde So Proud of Mother's Run for Congress 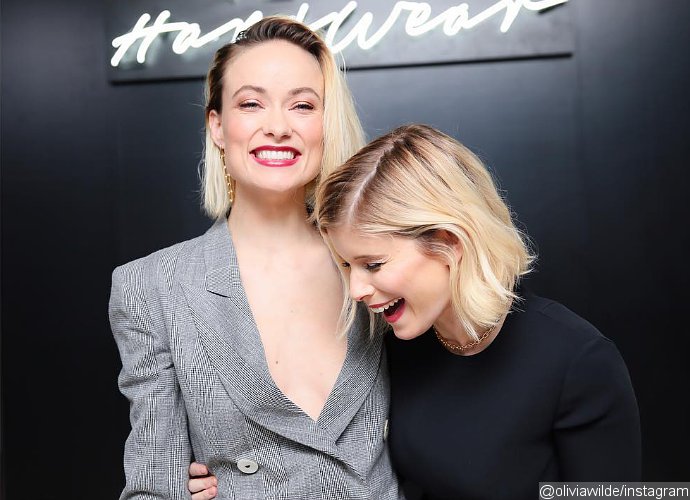