James Franco Unleashes Something Evil in 'The Vault' Trailer

Franco plays a bank manager who leads robbers to a vault in the basement, which turns out to be home to something evil.

AceShowbiz - When he's not playing %cTommy Wiseau% in "The Disaster Artist", %cJames Franco% is a bank manager in "The Vault". The multi-talented actor stars in the horror thriller about a bank heist, which turns horribly wrong. Entertainment Weekly has got its hand on the first trailer.

%cFrancesca Eastwood% and %cTaryn Manning% play estranged sisters who are forced to rob a bank in order to save their brother. The heist begins smoothly, but mayhem ensues when the defiant bank manager sends them to a basement-level vault-home to something truly evil.

"The Vault" is directed by Dan Bush ("The Signal"), who also writes the script along with Conal Byrne. It is set for a limited release in the U.S. and will be available on demand on September 1. 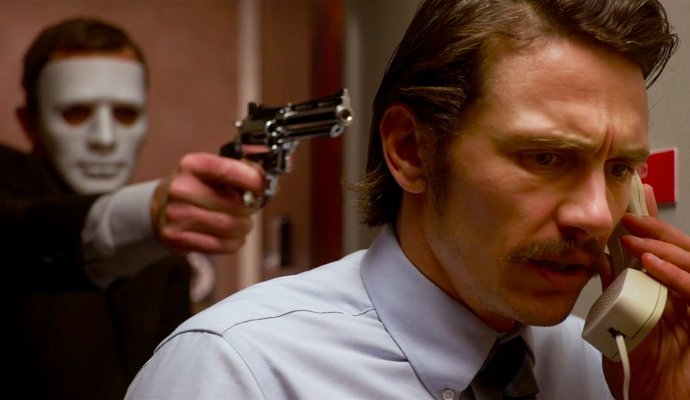 James Franco Unleashes Something Evil in 'The Vault' Trailer