Are Jon Hamm and Jenny Slate Dating? Pal Says 'They're a Perfect Match'

The 'Mad Men' alum and the 'Obvious Child' star, who worked together in 'Aardvark', have been spotted hanging out together recently.

AceShowbiz - Has Jon Hamm found himself a new girlfriend? The "Mad Men" alum and his "Aardvark" co-star Jenny Slate have been spotted hanging out together recently, sparking rumors that they're an item. The two were seen leaving the Cinerama Dome in Hollywood on June 10.

A source tells Star magazine, "It took longer than expected for Jon to get over the split [with Jennifer Westfeldt]. But he's finally getting back out there." The so-called pal also gushes about Jenny, "Jenny's smart and she's got sass. They're a perfect match. Everyone’s rooting for them."

Jon and Jenny play a couple in "Aardvark", which premiered earlier at the Tribeca Film Festival. Despite the two's outings together, a source told PEOPLE earlier this week that the 46-year-old actor and the 35-year-old actress are just "friendly." 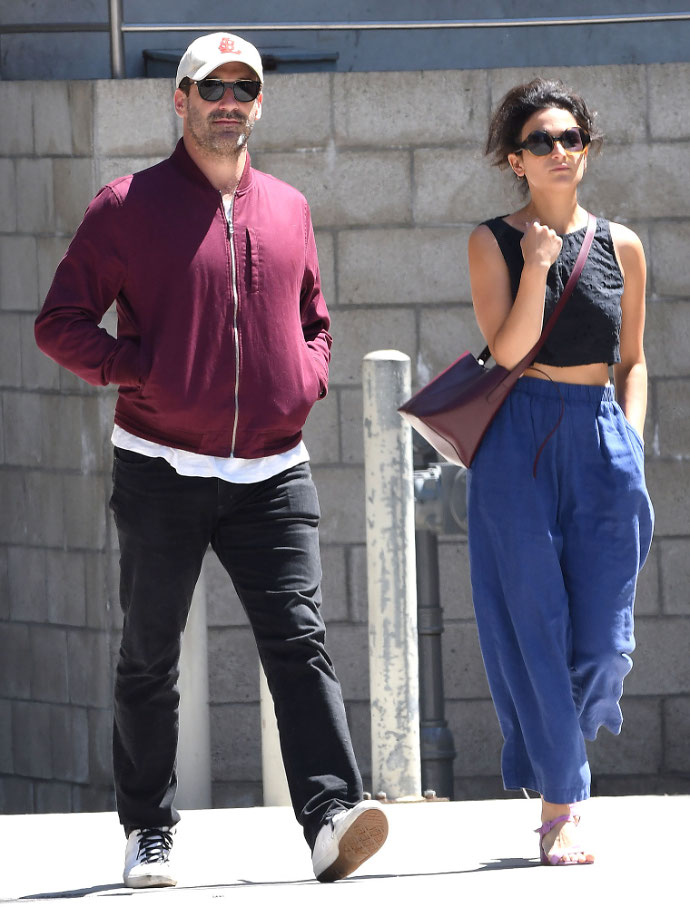 Jon was previously in a longtime relationship with Jennifer Westfeldt before they broke up in 2015. Jenny, meanwhile, began dating Chris Evans in June 2016 after separating from her husband, filmmaker Dean Fleischer-Camp, in May. Jenny and Chris, however, called it quits in February.

Are Jon Hamm and Sarah Silverman Friends With Benefits?