The 'Work' hitmaker literally shut down this year's Met Gala red carpet in the floral-inspired dress that featured layers of petals that came up all the way to the neck.

AceShowbiz - Rihanna consistently brings her A-game to the Met Gala. The Barbadian beauty proved she's the queen of the fashion event as she slayed this year's red carpet in a show-stopping 3D outfit that definitely stole everyone's attention.

Rihanna nailed the theme of this year's Met Gala, which was an ode to Commes des Garcons founder Rei Kawakubo, in the floral-inspired dress from the designer's Fall 2016 RTW runway. The offbeat gown featured layers of petals that came up all the way to the neck. 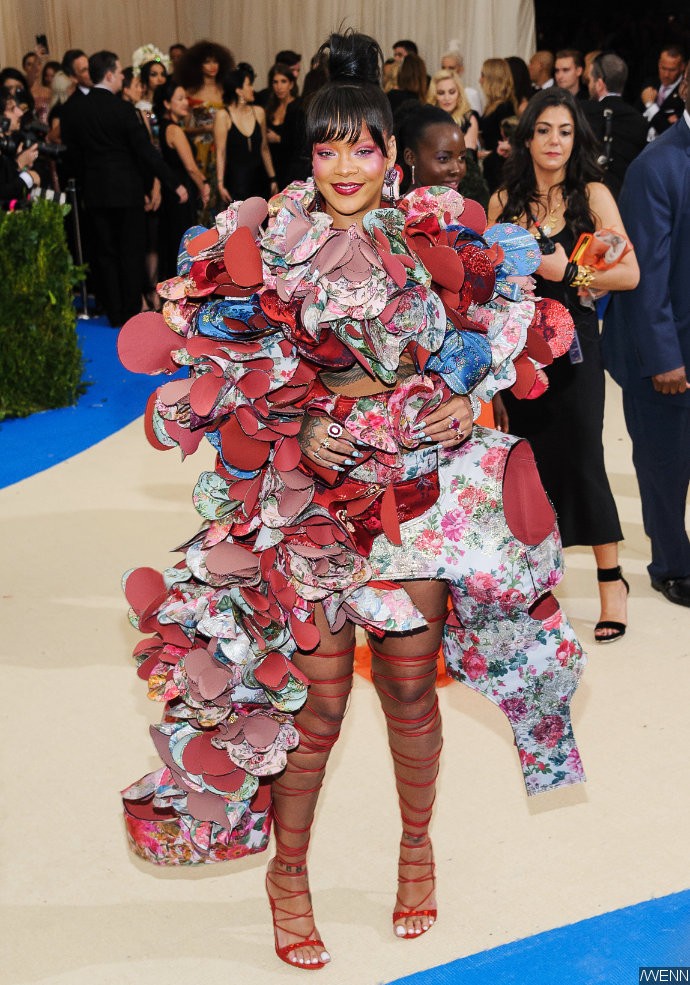 RiRi completed her jaw-dropping look with red strappy thigh-high heels. She looked fresh in a pink makeup, which featured a metallic pink eye that extended along her cheekbone, while her hair was pulled up into a topknot.

Twitter was obsessed with Rihanna's outfit, as many of its users praised her for sticking to the theme. "Rihanna heard the theme, did her homework, studied the guide & that's why she's number one," a user tweeted, before adding, "She paid homage to Rei the way it was intended." While another wrote, "I live for Rihanna at the Met Gala because her looks actually take into account the theme and it's just great."

It wasn't the first time RiRi slayed the Met Gala red carpet. The "Umbrella" songstress turned heads in a custom yellow dress from Guo Pei that matched the theme of the 2015 fashion event, China: Through the Looking Glass.

Ghost Rider Is Set to Return on 'Marvel's Agents of S.H.I.E.L.D.' Season 4 Finale