The Oscar-winning actress struggles to pose on the red carpet in the black dress with ruffles on the neck and the frock, and has to change before the screening.

AceShowbiz - Anne Hathaway's character in "Colossal" may be able to control a monster, but in real life the actress was struggling to pose in her dress. The brunette beauty attended the New York premiere of her new movie on Tuesday night, March 28 in an awkward dress that looked uncomfortable to wear.

The black Armani gown featured ruffles on the chest and neck area, which made it hard for the "Alice in Wonderland" star to turn her head when posing on the red carpet. The dress also featured tiers of ruffles and glittering tulle fabric on the frock with a cut which showed her back. 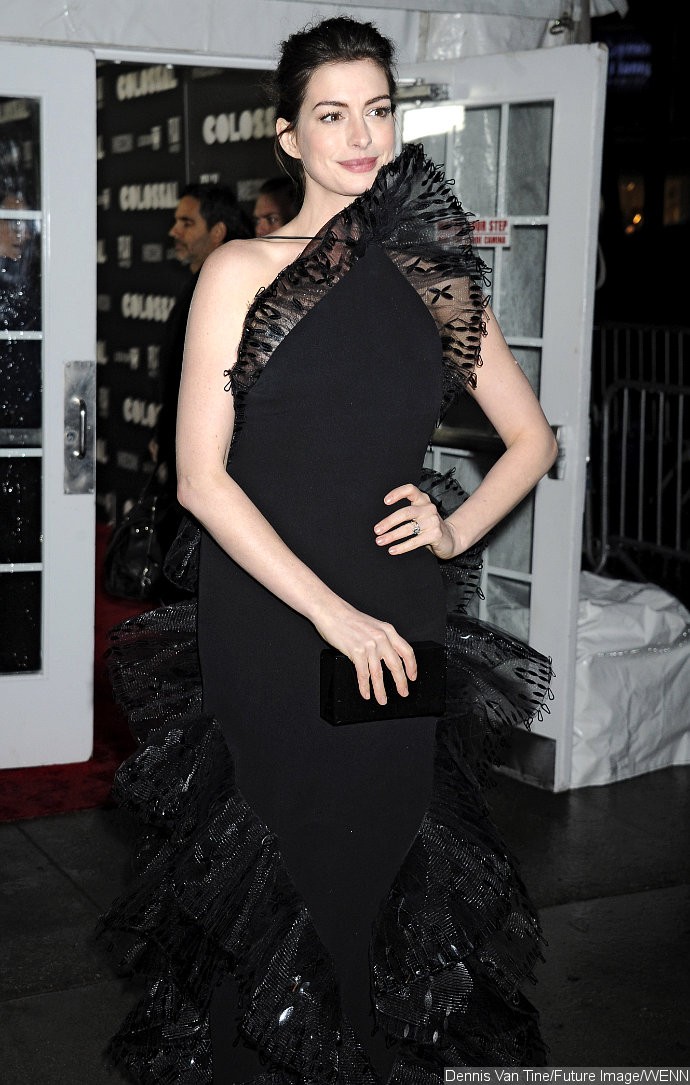 She arranged her dark hair into a simple updo and carried a boxy mirrored clutch. She wore minimal accessories, and focused her makeup on flushed cheeks and fluttering eyelashes.

Despite her elegant look, Anne clearly couldn't move freely in the dress. According to Page Six, the 34-year-old actress had to change before the screening because the dress "was too poofy to actually sit down." 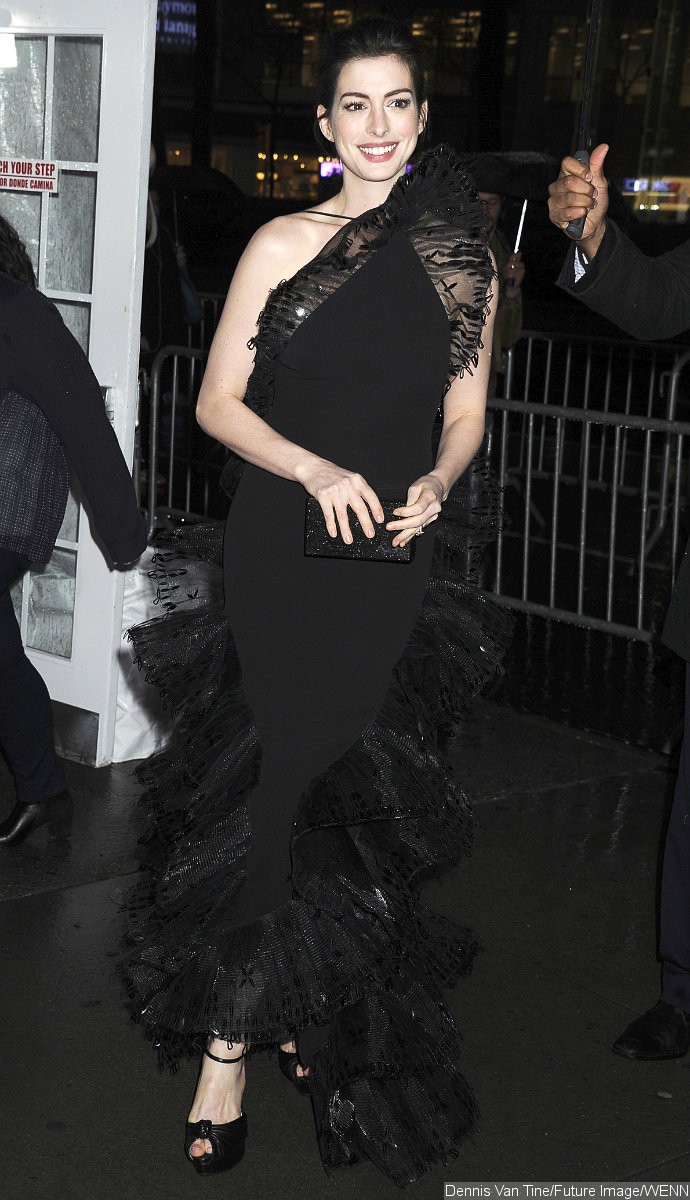 Anne stars in the sci-fi comedy along with Dan Stevens and Jason Sudeikis among others. Talking about the film's genre, she said, "I've gotten a lot of questions today of people being like, 'Oh, this is a departure for you,' and I sort of feel like it's more of a coming home. I'm probably a lot weirder on the inside than I've let out. So maybe this is the beginning of the freak flag flying."

"Colossal" is due to open in selected theaters in the U.S. on April 7.

Jeremy Renner's Hawkeye May Appear in 'Ant-Man and the Wasp'

Anne Hathaway Appears to Have Given Birth to Baby No. 2 With Adam Shulman