The nearly-two-minute video concludes with Hoult's Matt Ocre saying, 'I'd loved to say I'm in the fight for freedom,' before adding, 'But honestly I don't belong here.'

AceShowbiz - Netflix has released the first trailer for its war drama "Sand Castle". The nearly-two-minute video features an inexperienced soldier, Matt Ocre (%cNicholas Hoult%), who can be seen trying to break his own hand in apparent desperate move to get home from Iraq.

The trailer also gives glimpses of Captain Syverson (%cHenry Cavill%) saying to a man, "I've done this before. Locals will not work with us." The captain can also be heard telling Ocre, "You will not leave, until the problem is solved."

At the end of the video, Ocre can be heard saying, "I'd loved to say I'm in the fight for freedom." He then adds, "But honestly I don't belong here."

Set in Iraq in 2003, "Sand Castle" follows a group of American soldiers in the early days of the second Gulf War. Bearing witness to the heat and the horror is the inexperienced Private Matt Ocre, who is ordered to the outskirts of Baqubah to repair a water pumping station damaged by U.S. bombs together with several fellow soldiers. But, as Ocre discovers, in an atmosphere where resentment and anger fester, trying to win the hearts and minds of the locals is a task fraught with danger. It’s here, in the streets, squares and schools that he discovers the true cost of war. 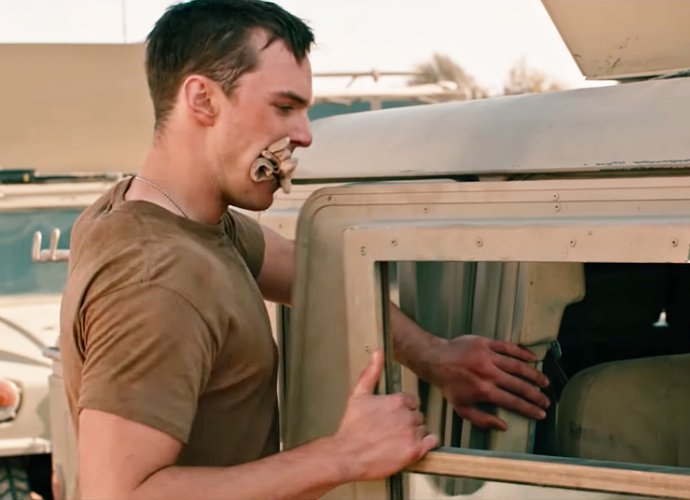