Bella was also sporting a chiffon stripped gown, which gave a glimpse of her toned figure underneath, while Gigi was donning a billowing chiffon gown, which showcased her naturally stunning feature.

AceShowbiz - Gigi Hadid and Bella Hadid captivated the audience of Alberta Ferreti's Autum/Winter 2018 fashion show in Milan, Italy. The sister duo rocked bold eye makeup as well as black outfits as they walked down the runway during the Milan Fashion Week.

During the fashion show, Bella wore a chiffon striped gown, which gave a glimpse of her toned figure underneath the sheer dress. Not afraid to show off her body even more, the 20-year-old model donned a black racy outfit, which revealed most of her body as she was only clad in hot pants.

Meanwhile, Gigi was sporting a billowing chiffon gown, printed with the image of traditional oil painting of Italian city. The 21-year-old blonde then showed off her naturally stunning feature by wearing a black gown with gold details all over the dress. 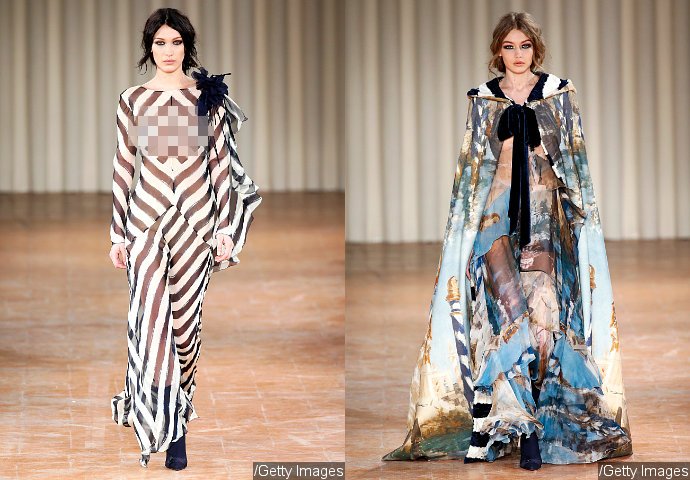 Later after the fashion show, the Hadid sisters were seen twinning as they rocked fringe jackets when leaving for dinner together. Bella recently posted a photo on Instagram to share her "emotion of fashion month" and added, "Ciao Milano."

Gigi Hadid Struggled With Anxiety About Impending Motherhood During Pregnancy

Candace Cameron Bure Clowns Herself for Being Conservative in Hollywood