A source reports that Fey won't include Lohan in 'Mean Girls 2' because the actress 'hasn't had a box-office hit in a long time and is no longer a bankable star.'

AceShowbiz - Apparently Tina Fey is done with Lindsay Lohan. The "Mean Girls" writer is reportedly planning a sequel without involving Lohan, who played Cady Heron in the 2004 teen movie. According to National Enquirer, Fey is "writing a [movie] sequel but has no intentions of working with Lindsay again."

The outlet's insider added, "Lindsay hasn't had a box-office hit in a long time and is no longer a bankable star. Plus, she comes with a lot of drama." The source continued that "at the moment, it is just an idea and no casting has been made, but it will not include Lindsay."

However, it turns out that the story is only made up. Gossip Cop has learned from a reliable source that Fey isn't writing "Mean Girls 2". There is no big-screen movie planned without Lohan's involvement, and "Mean Girls" stage musical is currently the only "Mean Girls" project developed by Fey.

Lohan did want to make "Mean Girls 2" happen, though. During a Facebook Live session for CNN last December, Lohan said she wanted to talk to Fey about it. "I have been trying so hard to do a 'Mean Girls 2'," she admitted. "It is not in my hands. I know that Tina Fey, and Lorne Michaels and all of Paramount [Pictures] are very busy. But I will keep forcing it and pushing it on them until we do it."

On the other hand, Fey had her own opinion. During the movie's 10th anniversary event in 2014, Fey said that they shouldn't do a sequel. "At the time we did want to start the conversation about the sequel, and for whatever reason, I was like, 'No!!! We shouldn't do that!' Now I look back and I'm like, 'Why?' But now, no-it's too late now," she said.

Jonathan Bennett Explains Why 'Mean Girls' Reunion Was So 'Awkward' 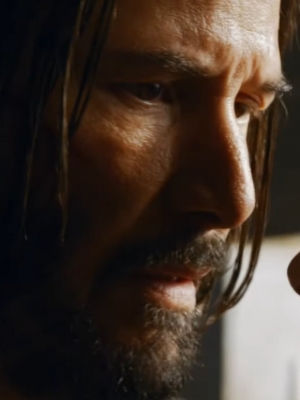