The Punisher Shows His Other Side, Saves a Man in New Set Photos

Sporting bushy beard and long hair, he saves someone from falling off the roof and has a lunch break on a construction site.

AceShowbiz - %cJon Bernthal%'s Frank Castle a.k.a. The Punisher is not only different in appearance, but also in attitude, on his own TV series. New set photos from the upcoming Marvel-Netflix series have landed online, revealing the title character's other side.

Sporting long hair and bushy beard, he's sitting on a construction site and eating sandwich during the filming of scenes in Greenpoint, Brooklyn on Wednesday, October 12. He donned a white shirt topped with denim shirt, which he teamed with jeans and black boots. In other photos, he's seen saving a man from falling off the roof.

The Punisher first appeared on "Daredevil" series' season 2 as a villain. Plot details of the new show are scarce, but Bernthal recently said that The Punisher wasn't "fully formed" when we saw him on "Daredevil" and that would happen on "The Punisher" TV series.

%cEbon Moss-Bachrach% ("Girls"), %cAmber Rose Revah% ("Son of God") and %cDeborah Ann Woll% ("Daredevil") were recently added to the cast. Moss-Bachrach will portray Castle's sidekick Micro, Revah will play an original character named Dinah Madani who is described as a "Homeland Security agent who is vexed by the Punisher," and Woll will reprise her role as Karen.

%cBen Barnes% has also been cast as Billy Russo. In the comic books, he's a friend of Castle's back when they were in the Special Forces, but he will eventually become the villainous Jigsaw.

Netflix has not announced a release date for "The Punisher" series yet. 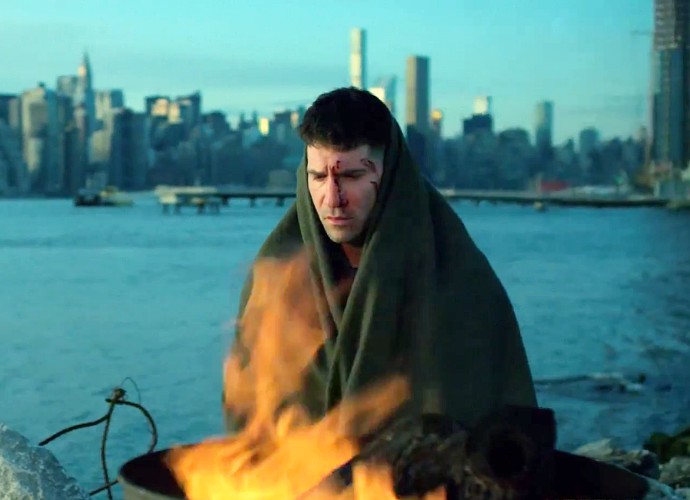