'Supergirl': First Look at James Olsen Suiting Up as Guardian

Check out Kara's colleague and love interest, played by Mehcad Brooks, in his armor as he becomes a new vigilante in National City.

AceShowbiz - A day after it was announced that James Olsen (Mehcad Brooks) would suit up as DC Comics' character Guardian on "Supergirl" season 2, a first look at Olsen as his alter ego has been officially uncovered. The CW has debuted a picture of the CatCo art director in his new armor complete with a helmet, looking ready to get in action.

"James Olsen takes on the mantle of the classic DC Comics hero, Guardian," the "Supergirl" producers say in a statement. "With his trademark shield intact, James will fight to protect National City alongside Supergirl." 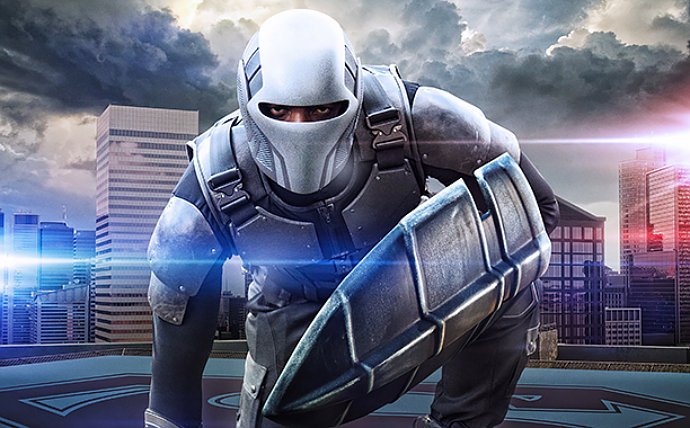 Guardian made his first comic book appearance in 1942's "Star-Spangled Comics #7". A Metropolis cop, Jim Harper, was the first to take on the mantle. In the comics, Olsen himself has never been Guardian.

This will cause a problem in his relationship with Kara "because he has decided not to tell her," Kreisberg revealed, adding, "Now there's this new masked vigilante, and she has her own feelings about vigilantes, and it becomes a push and pull about who gets to decide who gets to be a hero?"

Report: Taylor Swift and Ben Affleck Are Hooking Up