The 'Miracles From Heaven' actress and the 'Batman v Superman' actor reportedly had a big fight after she caught him texting his ex-fiancee during his birthday celebration last month.

AceShowbiz - %cJennifer Garner% reportedly had a big fight with %cBen Affleck% after she caught him texting ex-fiancee %cJennifer Lopez%. The estranged couple was on the verge of getting back together, but his recent "contact with J. Lo has thrown a wrench in their relationship," according to a new report.

A source tells Star Magazine that the incident happened while Affleck was celebrating his birthday with Garner and their kids in Montana last month. "[He] kept slipping away to check his phone, and Jen eventually began to wonder who it was he felt compelled to contact so often," claims the source.

Garner allegedly uncovered a "text-fest" between her estranged husband and J.Lo, and it led to a big fight between the two. "Everyone thought she and Ben were on the road to reconciliation," the source adds, "But his reaching out to J. Lo made her question what's really going through Ben's mind, not to mention his heart."

While neither Garner nor Affleck has responded to the rumor yet, another source tells Gossip Cop that there's simply "no truth" to Star's latest story.

Garner and Affleck were spotted together in Brentwood on Tuesday, September 6 to see their three children off on their first day of school for the fall semester. The "Miracles from Heaven" actress, however, stepped out solo on Wednesday while picking up her daughters Violet and Seraphina from school. 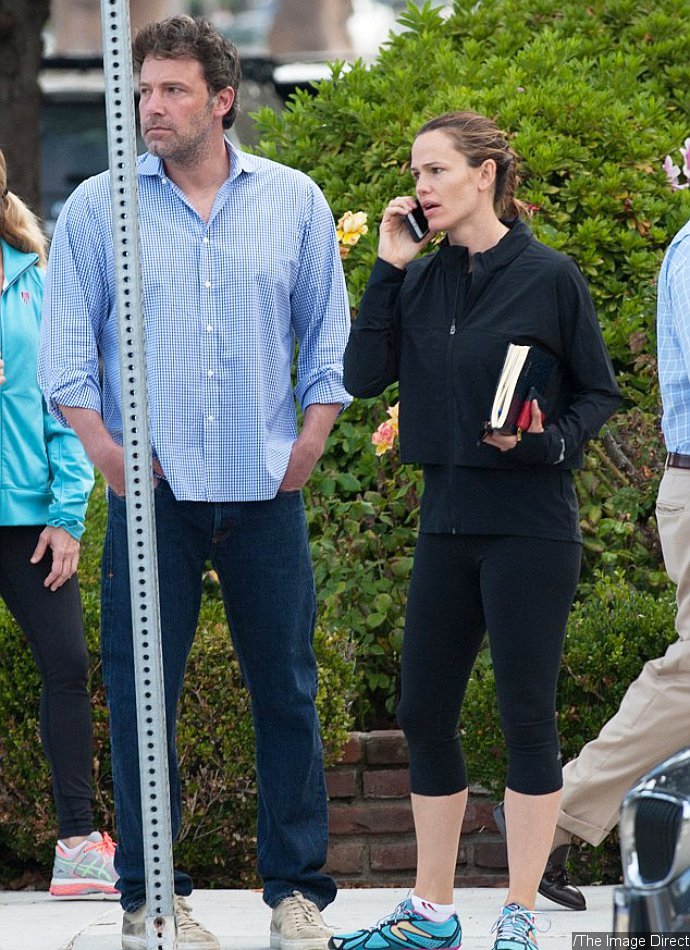 'America's Got Talent': Second Half of Season 11's Finalists Revealed

Halle Berry and Olivier Martinez Delay Divorce, but Not for the Reasons You Think