Charlize hosted a star-studded baby shower for her 'The Huntsman: Winter's War' co-star at her Hollywood Hills home on Sunday, May 29.

Johnson took to Instagram to post a picture of her, Charlize and Emily. "An afternoon of love, laughs and friendship celebrating a special piece of my [heart] #EmilyBlunt with hostess with the mostess @charlizeafrica #CharlizeTheron," she captioned the pic, which has since been removed. 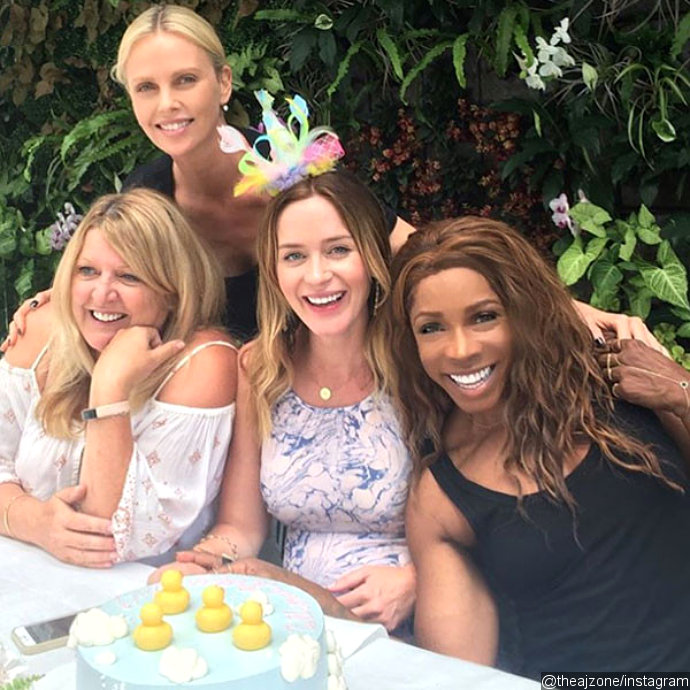 In the picture, Emily smiled widely, wearing a colorful crown on her head. The group posed in front of a cake that was frosted pale-blue and topped with four yellow ducks, further speculating that Emily's baby is a boy.

However, an eyewitness tells Us Weekly that the party is decorated with pink. "Everything at the party was done in shades of light pink," the source says, "There were pink balloons and light-pink floral centerpieces. It was very low-key."

This will be Emily and John Krasinski's second child. The new bundle of joy will join big sister Hazel Krasinski, who was born in February 2014. Emily previously told E! News that Hazel was starting to get used to the idea of being a big sister.

"She's sort of coming around to it," the "Into the Woods" actress shared, "She sort of dismissed the idea initially and she just responded with, 'Nope.' We've bought her every single 'I'm a big sister' book that's out there and she's a bookworm, so she's coming around."