The former 'Fashion Star' judge sparks speculation that she has had breast augmentation as she displayed her cleavage in a little black dress during a recent outing with hubby Eric Johnson.

AceShowbiz - Did %cJessica Simpson% recently go under the knife to enhance her look? The mother of two recently flaunted her enviable curves in a plunging little black dress without a bra while stepping out with her husband %cEric Johnson (II)%. Her cleavage was on full display during the outing that Saturday night, February 26, in Beverly Hills, prompting rumor that she might have had breast augmentation surgery.

Dr. Sheila Nazarian, who has not treated the star, tells Radar Online, "It does appear that Jessica has more cleavage than can be explained by just weight gain. Either she has a significant taping job under that dress or she has had breast augmentation. It appears as if she has gone from a B/C to a DDD in one year."

Dr. Susan Evans, who has not treated Jessica either, adds, "Her breasts look augmented!"

Jessica did gain a lot of weight during her pregnancies, but her bust was much smaller in September 2014, more than a year after she gave birth to her son Ace Knute Johnson. The singer-turned-fashion designer has not responded to the boob job rumor. 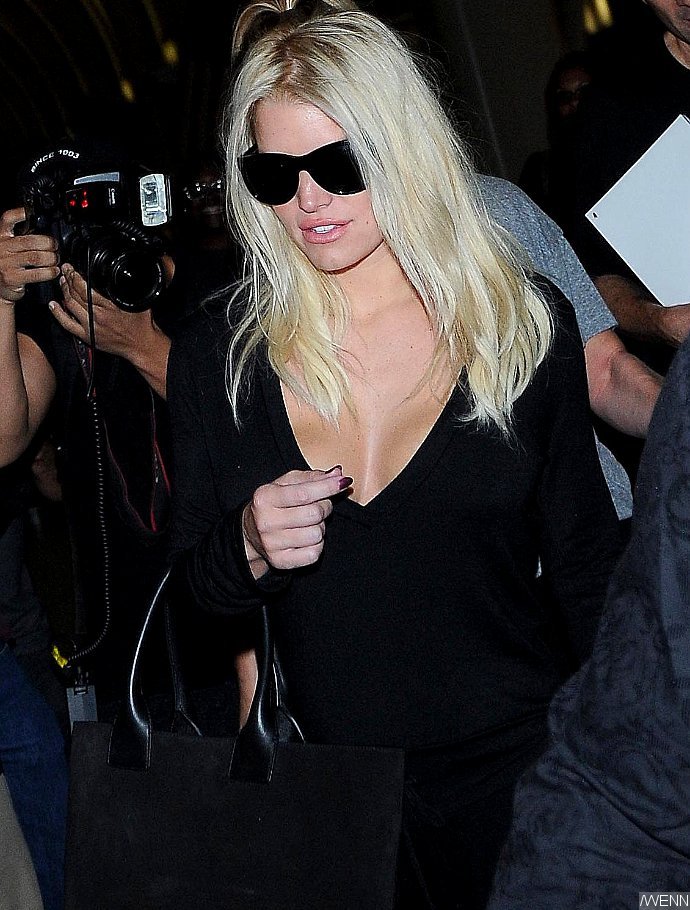