20th Century Fox's official website for Spain has noted that the movie will last one hour and 46 minutes.

AceShowbiz - 20th Century Fox has teased its upcoming anti-hero movie "Deadpool" with some new images. The studio releases two images of %cRyan Reynolds%' the Merc With a Mouth and a picture of %cMorena Baccarin%'s Vanessa Carlysle a.k.a. Copycat.

The first picture sees the foul-mouthed hero sniffing at his guns seemingly after he shoots his enemies. Meanwhile, the second image features the title character pointing his gun at a particular point on a bridge. As for the third photo, it shows Wade Wilson's (Reynolds) girlfriend Carlysle. She is seen standing in a post-apocalyptic location, looking so depressed with her hair in a mess. 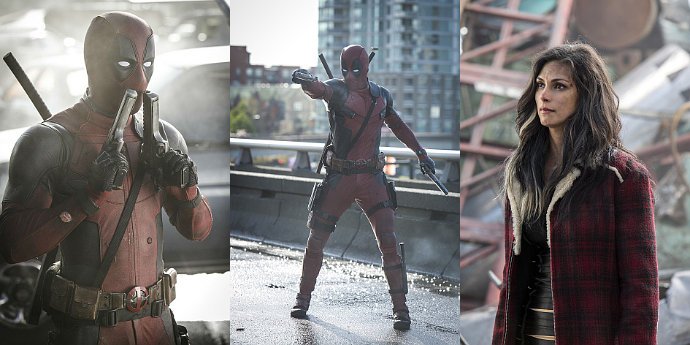 In other news from the same universe, the movie's runtime is reportedly revealed. 20th Century Fox's official website for Spain has noted that the movie will last one hour and 46 minutes.

"Deadpool" tells the origin story of former Special Forces operative turned mercenary Wilson, who agrees to become the subject of a rogue experiment that leaves him with accelerated healing powers. He later uses his abilities as Deadpool to fight against criminals in town. Reynolds is joined by the likes of %cT.J. Miller%, %cGina Carano%, %cBrianna Hildebrand% and %cEd Skrein% in the cast. Directed by Tim Miller, the movie is due to arrive in the U.S. on February 12, 2016.

Does Tyga Rap About Kylie Jenner on New Song 'Gone Too Far'?

Jay-Z Wants to Sign Harry Styles, Make Him the 'Biggest Artist in the World'