Ryan Reynolds Gets Too Grabby in 'Deadpool' Standee

The actor strikes some ridiculous poses as he sits on the Merc With a Mouth's lap in a Christmas-themed standee for the movie.

AceShowbiz - Ryan Reynolds is definitely in Christmas spirit as he has some fun with his mouthy character on the second day of "12 Days of Deadpool". Celebrating the festivity, Reynolds substitutes Santa Claus for the Merc With a Mouth so that people can sit on his lap.

In a Christmas-themed standee for the movie, the actor sits on Deadpool's lap as he strikes some ridiculous poses. It's not surprising that he gets a little too grabby. To fulfill his promise to give a "tasty treat" for fans, the actor then releases a goofy gif. Making its way out via PEOPLE, the gif documents all of his hilarious poses.

"I'm just like everyone else at this time of year: I go to malls, find a crazy man screaming in a red costume, sit on his lap, and tell him to give me free stuff," he says. 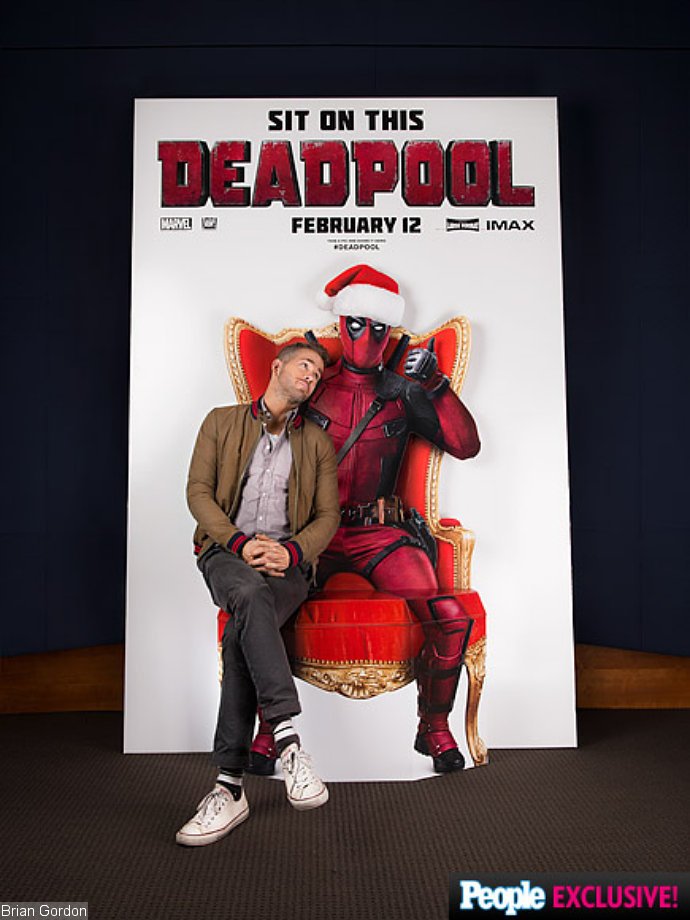 This is not the first time that Reynolds has had some fun with his character during a holiday. This past Halloween, the actor wore his red suit and walked around a park, where he met a group of kids dressed as various X-Men members. He then tried to recruit some of the children by doing a kind of assessment of whether the children are fit to be in his team.

During the "12 Days of Deadpool" promotional campaign, some chosen sites will debut a "tasty treat" connected to the film each day. This is done to drum up excitement until the first official trailer for the movie arrives on Christmas Day.

Based on Marvel comic books, "Deadpool" tells the origin story of former Special Forces operative turned mercenary Wade Wilson (Reynolds), who undergoes a treatment to cure cancer and is transformed into a superhuman with accelerated healing power. Morena Baccarin, T.J. Miller and Brianna Hildebrand are also in the cast. The movies is slated for a U.S. release on February 12, 2016.

August Alsina Drags Keke Palmer After She Denies Dating Him: 'U Mad U Got Curved'