Moss says on 'Late Night with Seth Meyers' that 'it was not cool at all' to film the now iconic scene, adding it's 'really hard to hold a cigarette in your mouth and walk.'

AceShowbiz - Peggy Olson might have one of the most epic scenes on "Mad Men", but %cElisabeth Moss% revealed that filming the hallway scene wasn't as cool as it's seen on TV. In season 7's episode titled "Lost Horizon", Peggy walked into McCann-Erickson with a box of her belongings and Bert Cooper's obscene painting while smoking a cigarette.

"It was not cool at all," Moss told %cSeth Meyers% on "Late Night with Seth Meyers" about filming the scene. "I was holding this box, which, everything on 'Mad Men' is super real, so they made the box really heavy ... The painting is kind of awkward and kind of large, and they wanted me to hold it so that you could see it in certain shots. And then the cigarette - it's actually really difficult to do. James Dean makes it look super cool and easy, but it's actually really hard to hold a cigarette in your mouth and walk."

The Emmy-nominated actress continued sharing, "I was just trying to look cool, like trying not to drop the painting, trying not to bump into the walls, and then they were like, 'What do you want to listen to?' And I was like, 'Staying Alive', obviously."

Of Peggy and Stan's happy ending, Moss said, "I was happy that she got the most romantic scene on the episode. ... As far as we're concerned, everything's fine [after that scene]!" She additionally claimed that she's doing well after the series was over, saying, "I'm all right. It's been a year, and things are okay." 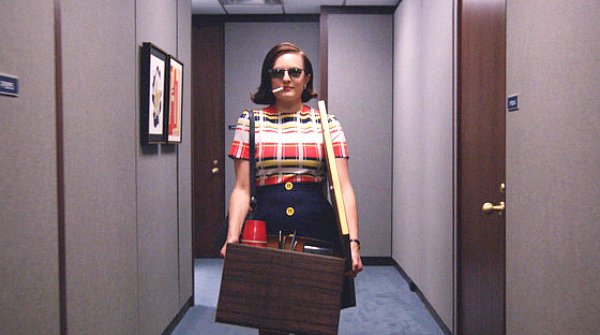 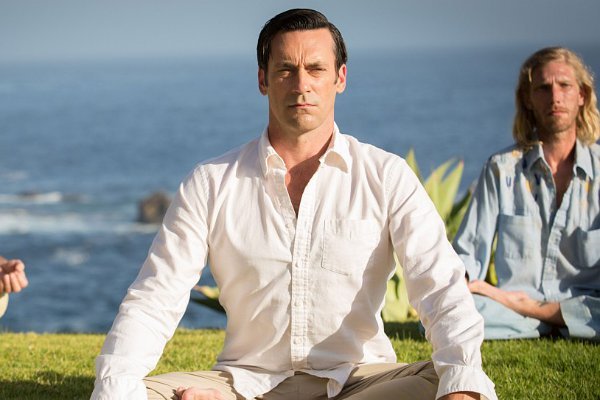 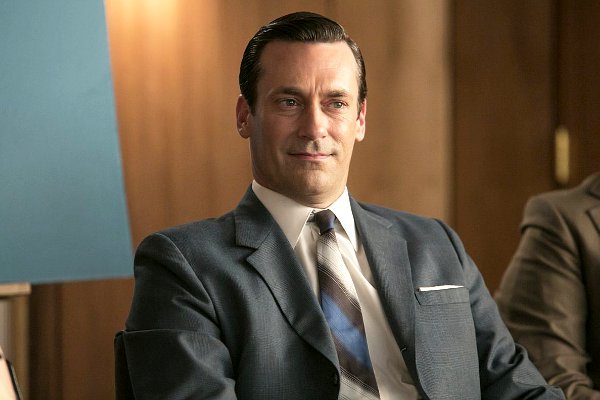 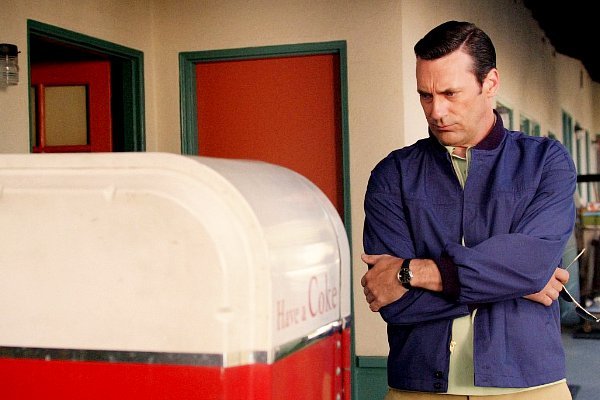