Noah is featured in the ad lying down on an examination table with her chest being peeled back to display her inner organs.

AceShowbiz - Joining the long list of Hollywood celebrities who have lent their figures to PETA, Noah Cyrus is the latest to be featured in the organization's ad against animal dissection. The 15-year-old is photographed lying down on an examination table with her chest being peeled back to display her inner organs. She strikes a desperate, sad stare towards the camera as her lifeless body lies on the table surrounded by scalpels and other medical instruments.

Noah's ad for PETA features a tagline that reads, "I am not a classroom experiment. Neither are cats, frogs, rats, pigs, or other animals killed for dissection. Please choose not to dissect." In addition to the ad, Noah appears in an online video for the organization where she encourages students to refuse to take part in the classroom activity that harms animals. 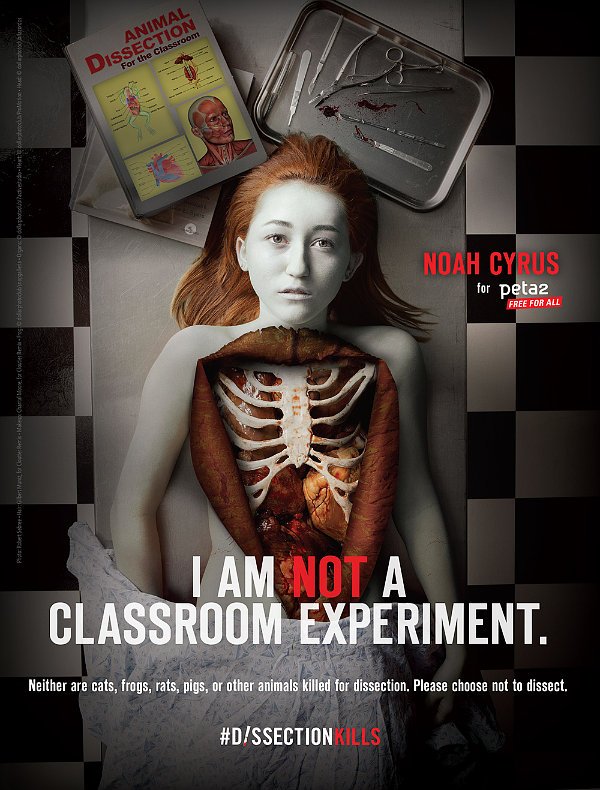 "Because I love all animals so much, people should realize they don't have to cut into something to learn about it. You should ask your teacher for other humane alternatives," Noah says. "You'll learn so much more off of the computer. If you have the other option, why not take it?"

'Girl with the Dragon Tattoo' Sequel May Continue Without David Fincher