The 27-year-old Avagyan hinted that she is expecting baby number 2 by posting a boxing video on her Instagram account last Friday, April 3.

AceShowbiz - %cReggie Bush% and his wife %cLilit Avagyan% are expecting their second child, a source confirms to Us Weekly. The couple has kept silent about the pregnancy but the 27-year-old model has just shown off her baby bump in an Instagram video.

"Raising a #beast from very young," so she captioned the video posted on Friday, April 3. The video shows Avagyan boxing while sporting a baby bump.

Bush, the NFL player who was released by Detroit Lions in February, and Avagyan got married in July 2014. The two exchanged vows at Grand Del Mar in San Diego, Calif. The couple is already parents to 22-month-old baby girl Briseis who gave Bush plenty of practice changing diapers.

In April 2013, Bush opened up about being a father for the first time. "I'm very excited. Very excited about the baby," so he wrote on Detroit Lion's website during his wife's first pregnancy. "It couldn't have come with a better person. Someone I really love and care about. It's great. It really worked out perfect."

While a second child seemed to come easy for Bush and Avagyan, his ex %cKim Kardashian% has been struggling to get pregnant again. "It's been more challenging to get pregnant the second time around," she told reporters at E!'s International press event. "When you're not planning it, it happens. It's just how God works. And when you want it so bad, it's not happening."

The former Heisman trophy winner famously dated the "Keeping Up with the Kardashians" star for several years until they separated in March 2010.

Chris Martin and Jennifer Lawrence Take Off on Private Jet Together 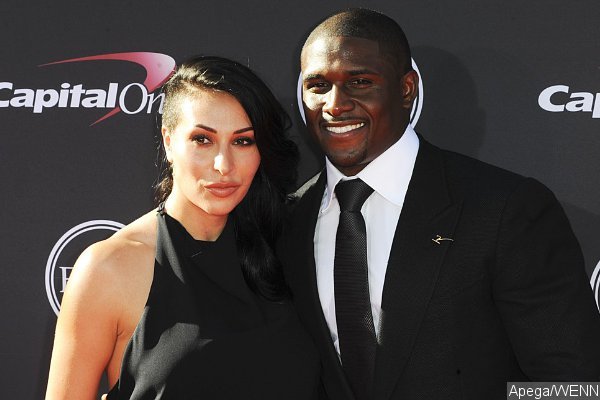 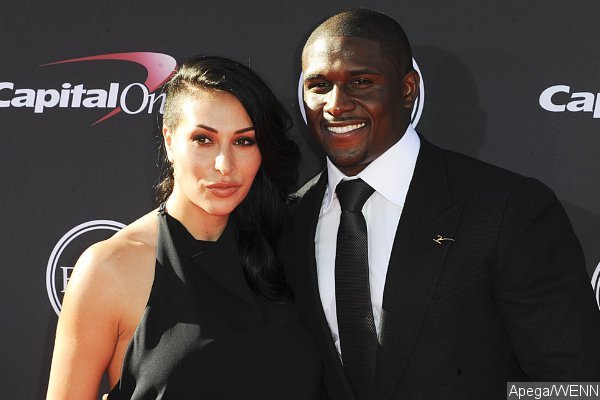