Angelina Jolie: I Don't Plan to Have More Kids, But 'Something Could Change Tomorrow'

When asked about the possibility of having more children in the future, the 'Maleficent' actress who is already a mother to six children replies, 'Not at the moment, no.'

AceShowbiz - Angelina Jolie talks about her most memorable moments in 2014 and her future plans in an interview with PEOPLE for its latest issue. When asked whether she plans to have more kids, Angelina replies, "Not at the moment, no." But she also admits that the answer isn't final, adding, "Something could change tomorrow, so I don't know."

When asked about her biggest moment, the "Unbroken" director and producer doesn't mention her movie project or her marriage to Brad Pitt. "My son [Maddox] became a teenager. That was a marker in my year," she said of her eldest son who turned 13 in August. "More than anything, like any mom, I'm just happy the kids are healthy," she adds, "I married their dad. My health is good." 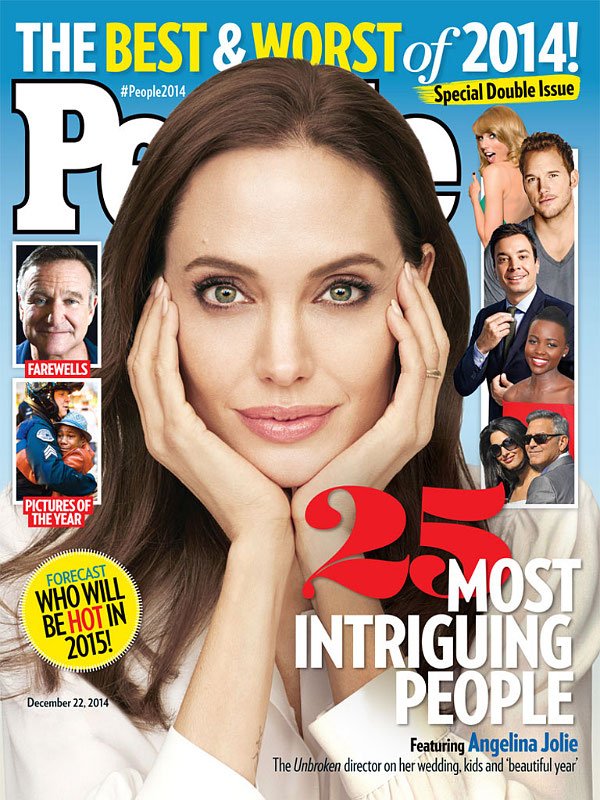 Talking about her wedding to Brad back in August, Angelina gushes over their children. "They did a really good job!" she shares, "The eight of us celebrated, and Brad and I committed our lives to the children."

The 39-year-old actress says she was "extremely moved" by how happy it made her children when she and Brad were finally married. "I want to have a strong marriage," she adds, "[and] I want to raise my children well."

About her future plans, the "Salt" actress tells the publication that she will do just a few more acting jobs before moving permanently behind the camera. "I've loved being an actor," she shares, "But I'm happier shining a light on other actors." She also plans to get into politics in the future, saying, "I do want to make change, so I'm open to whatever role that may take."

'The Voice': Damien Wins Wild Card, Gets Into the Finals