The actress slams her former 'Dancing with the Stars' partner by writing that there is no reason to wish her 'the best' after having 'ass raped' her.

AceShowbiz - The feud between "Dancing with the Stars" alum %cMaksim Chmerkovskiy% and his former partner and BFF %cKirstie Alley% continues after Kirstie posted a strange message on Twitter seemingly aimed at the Ukrainian dancer. After Maksim revealed on %cAndy Cohen%'s "Watch What Happens Live" that he's no longer close friends with his former partner but wished her the best, Kirstie tweeted on Friday, August 1, "Dear Sir.. after you have ass raped me there is really no reason to include 'I wish you the best'.. It's rhetorical."

Although she did not mention any specific name on her tweet, many people have speculated that the cryptic tweet was a response to Maksim's remarks about her. She went on by writing, "To those who believe nasty gossip spewed by others, please stop following. To those who know me, carry on. I won't dignify any of your accusations with anything other than ADIOS. This tweet is for those of U who believe the Moon is made of cheese."

Maksim discussed his now-strained relationship with Kirstie on the talk show on Tuesday, July 29. He admitted, "She stopped getting along with me. I think the world of her." Maksim added in what apparently a reference to Kirstie's faith, Scientology, "I'm not judging people by their religion. I'm Jewish. I don't really believe in science fiction, whatever."

Maksim is rumored to be dating %cJennifer Lopez%. The pop star is best friends with %cLeah Remini%, an ex-Scientologist whom Kirstie called "a bigot" for remarks she made about the faith after leaving the church. It is speculated that these new people in Maksim's life who made Kirstie stopped talking to him.

"She stopped getting along with me," Maksim continued, "we had a great relationship... But I got a message now that I am associating with other people that she can't be associated with, I am no longer to be spoken with, and sorry, but it is what it is." 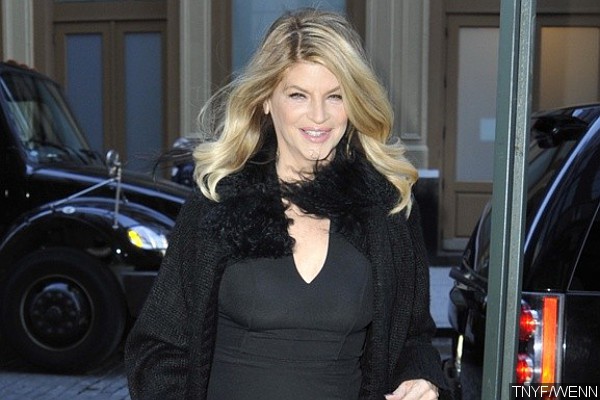