Orlando Bloom Gets His Star on Hollywood Walk of Fame

Bloom, who is honored with the 2,521st star on Hollywood Walk of Fame, wears a blue suit and white shirt when attending the unveiling ceremony with his son Flynn.

AceShowbiz - Orlando Bloom has been honored with the 2,521st star on Hollywood Walk of Fame. The star of "The Lord of the Rings" trilogy attended the unveiling ceremony on Wednesday, April 2 with his 3-year-old son Flynn. The single father sported a blue suit at the event while Flynn donned a striped shirt and jeans. In addition to his parents, Bloom was supported by "Zulu" co-star Forest Whitaker and "Romeo and Juliet" director David Leveaux.

Speaking to E! News after the ceremony, Bloom said, "It's a great honor...and I feel honored that I am able to work with such amazing people and talent." He also commented on his son, "I got a star right in front of a sweet shop and he is obsessed and mad for candy right now, so he was excited for that. Trying to keep him from having too much, though."

Bloom is set to reprise his role as the elf prince Legolas in "The Hobbit: There and Back Again". In a new interview with Variety, he said, "Legolas was a fantastic character, and the opportunity to come back was really attractive. I was a little anxious as to how some of the fans would respond, because you have those fans who are real purists." The character is not featured in the book, but the 37-year-old star admitted that "it gave me the opportunity to explore other sides of the character that I hadn't touched on in the first trilogy."

Speaking of future projects, Bloom shared that he was reading a lot of potential materials. "At the moment it's just a process of developing and bringing the characters into place in my mind, so that once the project falls into place I know exactly what to do with it," he explained. 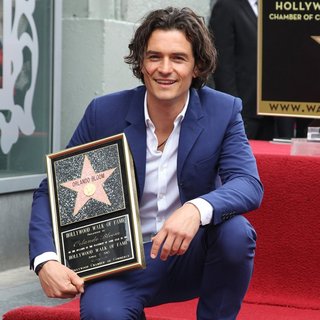 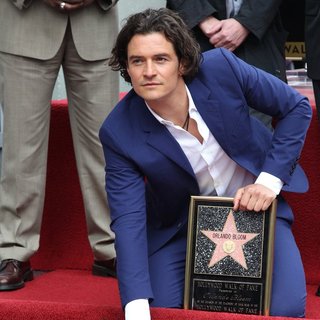 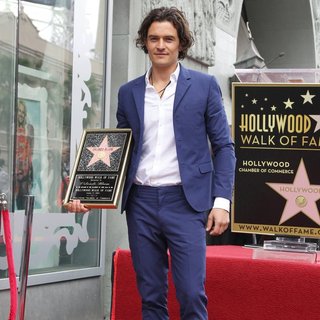 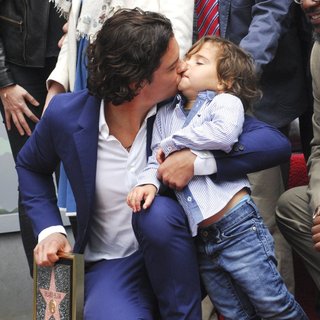 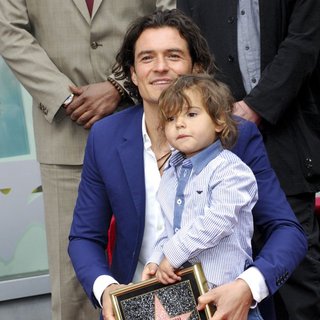