The former wife of Russell Brand rocks a two-piece swimsuit while enjoying a warm summer day with a group of companions in Miami.

AceShowbiz - True to her word, Katy Perry took timeout from her grueling schedule after completing a series of promo appearances for her movie "Katy Perry: Part of Me". She was recently spotted enjoying summer breeze on a beach with family and friends in Miami.

The West Coast popstar showed off her bikini body in a neon yellow-and-green two-piece swimsuit. Wearing sunglasses, she lazily lounged on one of the chairs, talked with some of her male companions, and enjoyed a meal under the sun.

The break was brief though. On Sunday, she already tweeted from her hotel in Brazil, "I woke up from my cat nap to the sound of hundreds of brazilian katycats outside my hotel room chanting Katy Eu Te Amo. SO HAPPY TO BE BACK IN BRAZIL!"

In addition to enjoying the sun, Katy reportedly spent her summer break with John Mayer. "They were affectionate, holding hands and cuddling," a Us Weekly source said. Another source claimed the twosome "has been on several dates around Los Angeles, including a cozy pizza party at her house."

Back in November 2010, Katy was rumored having a date with Mayer after weeks of exchanging flirty tweets and texts. "They'd never met in person, and she went to meet him there after she was at a Jay-Z concert at Madison Square Garden," an insider claimed.

"They were so flirty and all over each other that night at the bar, they really liked each other. Their personalities just clicked and they were flirting and dancing and it was on," the insider continued.

Mayer's rep insisted "they are not dating" though. He's also not seen in her recent sun-bathing in Miami.

Katy's marriage to Russell Brand was officially dissolved earlier this month. She was previously linked to Florence and the Machine's guitarist Robert Ackroyd. 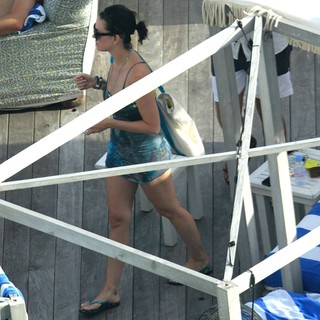 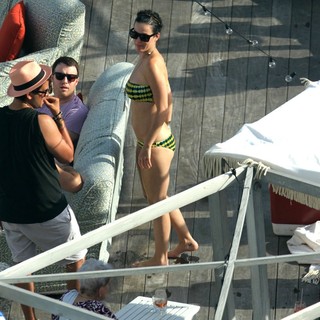 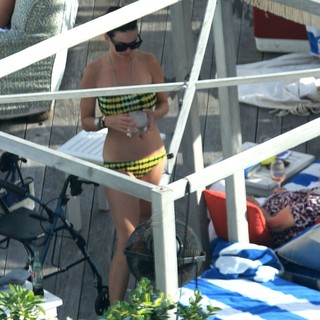