The former 'Two and a Half Men' star cracks a joke about Slash's longtime rival in Guns N' Roses when standing at the podium to fete the guitarist.

AceShowbiz - Charlie Sheen saluted Guns N' Roses star Slash at Hollywood Walk of Fame ceremony while slamming Axl Rose in the process. "You know, it's quite fitting, I think, that Slash is getting a star on the very street that Axl Rose will one day be sleeping on," he dissed the GNR frontman.

In a more serious note, the "Anger Management" lead actor gushed, "This man here, through his music and through his person, through his compassion, has changed the way that I look at the world forever. That can only happen through true artistry." He also revisited his first encounter with Slash, "I was so excited I called him 'Smash'."

Slash was honored with the 2,473rd star in an event outside Hard Rock Cafe. "This is a really special acknowledgment," he said. "It's the coolest thing you could ever get." The fete came just a few months after his induction into Rock and Roll Hall of Fame in April as a GNR member.

The guitarist, who was born in Hampstead, London, recalled his younger days growing up in California. "I'm such a part of this scenery. I went to school here, and started playing guitar here, literally 100 yards down the street," he remembered. "I got a very technicolor education up here."

The 46-year-old, whose real name is Saul Hudson, came to the ceremony with his wife Perla Ferrar and their two children London Emilio and Cash Anthony. Wearing his trademark leather vest and top hat, he performed an acoustic set for the crowd. 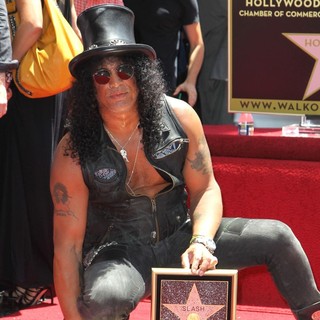 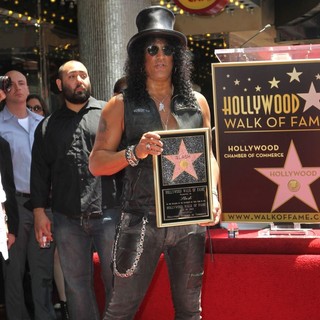 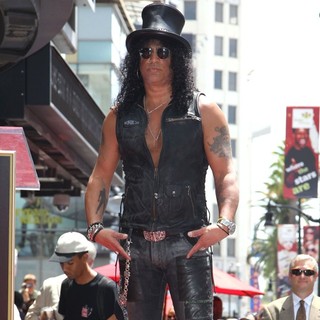 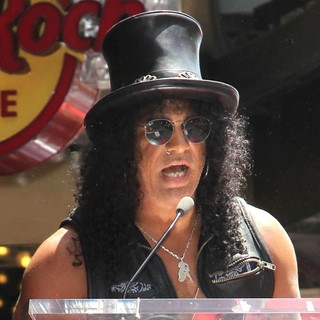 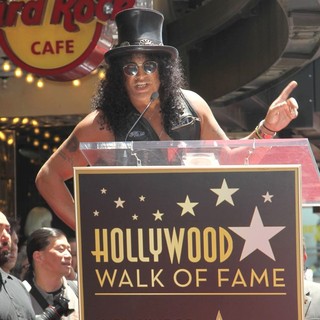 Slash's Divorce Is Finally Signed Off After Four-Year Battle