Having performed separately in Las Vegas for their 'Q'Viva! The Chosen' show, the 'Goin' In' singer and her estranged husband close it with a warm embrace before live audience.

AceShowbiz - Ten months after they announced their separation, Jennifer Lopez and Marc Anthony were reunited onstage in Las Vegas. The estranged couple made merry "Q'Viva! The Chosen" live concert with their separate performances, and sent the crowd wild with their united appearance at the end of the show.

During the five-act show on Saturday, May 26 night, Lopez and Anthony took turn performing in front of an audience of 8,400. Taking the stage inside the Mandalay Bay Events Center, the 42-year-old songstress delivered her rendition of "Lambada" and "On the Floor", while her 43-year-old estranged husband sang "Aguanile" and "Migente".

The former couple additionally delighted the sold-out crowd with a sweet surprise at the end of the live show. Wrapping up the gig, the twosome drew cheers as they walked onto the stage hand-in-hand before leaning in for an embrace. Lopez dazzled in a nude, beaded mini dress, while Anthony looked suave in a dark suit.

The live show of "Q'Viva! The Chosen" featured the Latin artists that Lopez and Anthony discovered in its TV series. Speaking of the gig, director Jamie King told Las Vegas Sun, "The concept for the live show was inspired by 'The Chosen' themselves and the places they hail from - their stories, their countries, their regions and their shared history."

"The goal was to give the audience a taste of Latin culture by exploring the flavors of each country - from Argentina's Tango and Malambo to Puerto Rico's Bomba dancing and Brazil's Capoeira," King further explained. "It's a first-time, unprecedented extravaganza of Latin heritage, raw talent and a mesh of cultures from a variety of countries set on a world-class stage in Las Vegas." 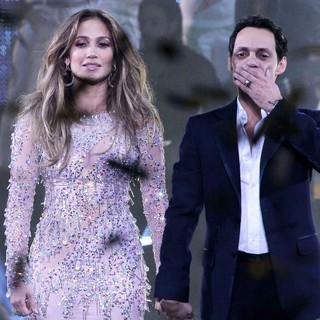 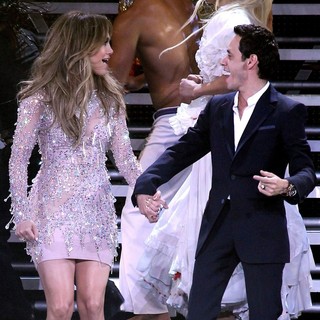 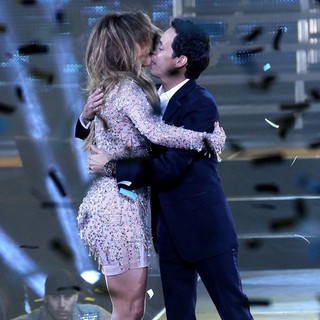 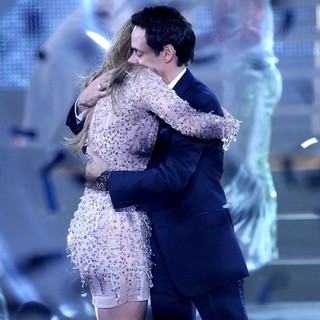