Pics: Fergie Goofs Around With Her Wax Figure

AceShowbiz - Stacy Ferguson, who is better known as Fergie, has got her own wax figure. On Thursday (September 22) night, the only female member of Black Eyed Peas came to Madame Tussauds museum at the Venetian Hotel in Las Vegas to attend the unveiling ceremony of her waxwork.

Bringing the glam to the event, the 36-year-old looked elegant in a draped fuchsia dress. She completed her look with a pair of subtle grey-washed heels and a simple cocktail ring. Meanwhile, her doppelganger, which reportedly is worth $300,000, was dressed in one of her space-age stage costumes.

During the occasion, Fergie made time to admire her wax likeness and strike several playful poses with it. She acted like she's about to kiss her duplicate in some of her poses, and grabbed a handful of her replica's bosoms in another. Joining her at the unveiling were her actor husband Josh Duhamel and family members.

Sharing her excitement over the wax figure, the "Big Girls Don't Cry" hitmaker told Fox News, "I am so thrilled. I mean...I don't even have a doll and now I have a giant-sized doll of me." She added, "It's amazing - it's a dream. I've always wanted a wax figure." 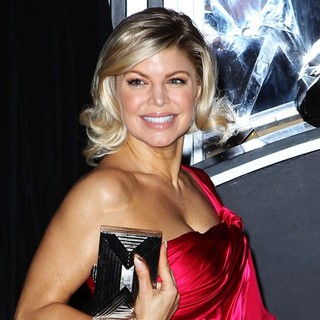 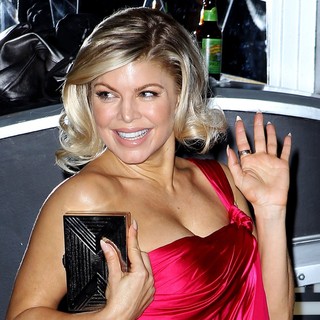 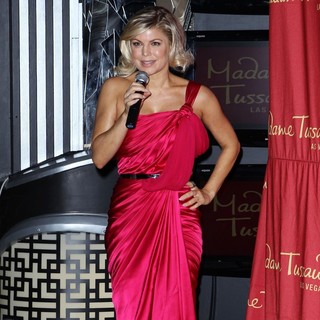 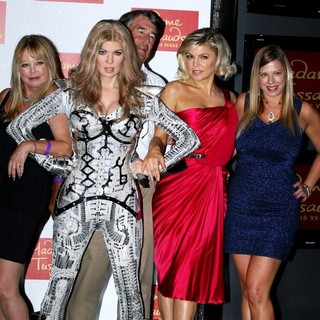 Ed Helms Dishes on Andy's New Position on 'The Office'