The 'Khloe and Lamar' star reveals she only has three days in planning and getting nearly 50 close friends and family together to celebrate the engagement of her older sister to Kris Humphries.

AceShowbiz - Khloe Kardashian is putting her family first. The leading lady of "Khloe & Lamar" threw an engagement party for older sister Kim Kardashian and her new fiance Kris Humphries on Thursday, June 16, a day before she and her family jetted off to Las Vegas to celebrate her upcoming 27th birthday.

Met during the NIVEA Challenge in Bel Air, California on Sunday, June 19, the TV personality opened up to Us Weekly that she helped organize the engagement bash and added she only had three days to arrange it all. "We obviously move really fast in my family. We're so crazy busy, and Kris was going back to Minnesota to be with his family," she explained.

"We were trying to find a day where the two fiancees could be there with all of us," continued the reality TV star, who also appears on "Keeping Up with the Kardashians". She went on to share, "On Monday, we realized that Thursday was open, so I was like, 'Am I really going to throw a party on Thursday?' "

Making sure the bash go without a hitch despite the short span of time, Khloe enlisted the help of party planner Sharon Sachs, who planned her wedding to Lamar Odom in 2009. She explained, "She did my wedding in nine days, so I was like, 'You can put together an engagement party in three days!' It was really fun."

In the end, Khloe managed to get together nearly 50 close friends and family members, including those who haven't met New Jersey Nets player Kris, for the last-minute bash. Happy about the result, she said, "Everybody had the best time and got along. It was so sweet see everyone hang out with each other."

Khloe herself celebrated her upcoming birthday on Saturday, June 18 with a dinner at Sugar Factory American Brasserie and a party at Chateau Nightclub & Gardens. The socialite, who will turn 27 on June 27, was joined by Kim, Kris, Lamar and younger brother Rob Kardashian for the celebration.

E! Online detailed that she wore a silver beaded Taupe dress that she paired with beige Christian Louboutin heels for the special occasion. She and her group dined on fried macaroni and cheese pops in addition to four-cheese and tomato-basil pizzas. They also had red velvet and cookie jar ice cream sundaes, chocolate-covered strawberries and milkshakes.

At the end of the meal, Khloe was presented with a cupcake platter and was serenaded with "Happy Birthday". The group then moved to Chateau where they sipped on Veuve Clicquot, Grey Goose vodka and Patron tequila in an exclusive VIP booth. She later gave a "shout-out" to her friends and siblings before welcoming Kris to the family. 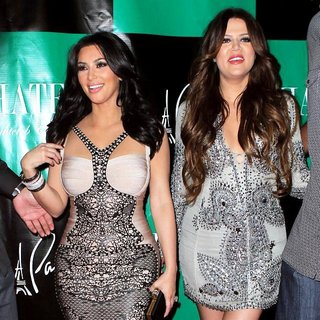 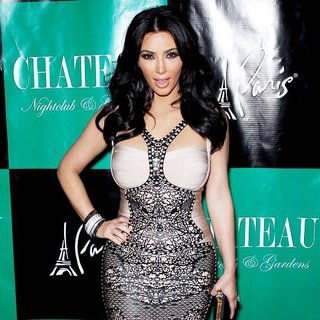 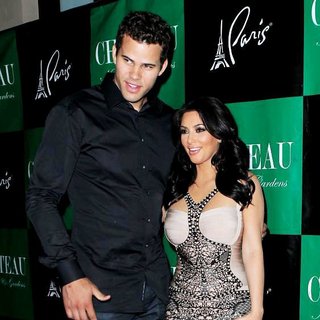 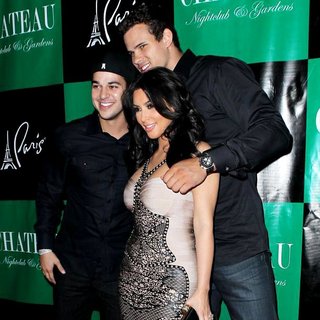