The 'Mine' hitmaker sports skinny jeans, a nautical tee, a black boyfriend blazer and a pair of brogues as she rummages through the antique shops on London's Portobello Road.

AceShowbiz - %cTaylor Swift% has made use of her time in London to satisfy her thirst for antique collections. On Tuesday afternoon, March 22, the "Back to December" singer was spotted rummaging through the antique shops on the Portobello Road in Notting Hill, West London, looking beautiful in her casual outfit.

Enjoying the Spring weather as she strolled around the market, the 21-year-old country star opted to go out dressed in skinny jeans, a nautical tee and a black boyfriend blazer. She completed her look with a pair of oxblood leather brogues, a knit beanie and a Ralph Lauren bag.

Later that night, the "Mine" hitmaker traded the casual look with a glamorous one. Going for a dinner with her band members at Japanese restaurant Beanihana on the Kings Road in Chelsea, she rocked a red off-shoulder ruffled dress and nude heels. Her lucky number 13 was painted on her right hand.

Taylor was in town for the U.K. leg of her Speak Now world tour. On Tuesday night, March 22, she performs in Birmingham at the LG Arena. She will perform in Belfast, Dublin and Manchester before returning to London next Wednesday, March 30. Before coming to the U.S., she has played in Milan, Paris and Madrid. 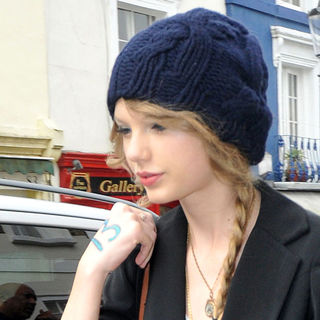 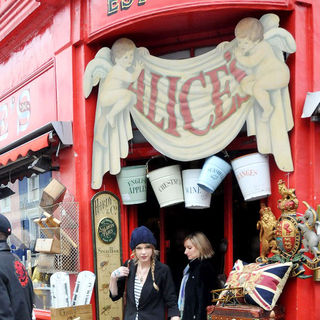 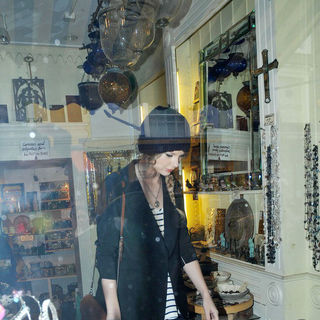 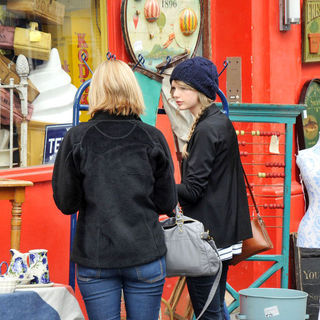 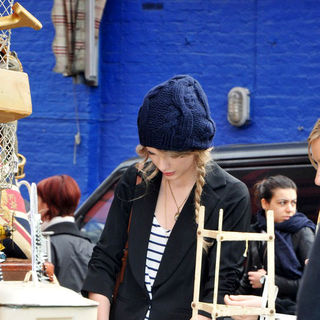