Kellan Lutz and Ashley Greene Get Intimate in 'Warrior' Stills

The images which show the couple's romantic moments are among a batch of new photos from the sport action movie.

AceShowbiz - PORTAL TWILIGHT has got its hand on a batch of new stills from "Warrior (2010/II)" starring Kellan Lutz and Ashley Greene. Beside presenting the on-screen lovers during their romantic scenes, some of the photos also give a look at the actor as sportsman. The 24-year-old hunk is additionally captured shirtless and baring his muscle in a picture.

In this film, Kellan plays star Lacrosse player Conor Sullivan who is always a maverick and a hothead. In shock and denial over his Marine father's death in battle, he starts acting out in self-destructive ways that have his mom Claire at her wit's end until his dad's old combat buddy Sgt. Major Duke Wayne opens his eyes to the true meaning of maturity, sportsmanship and manhood.

Kellan Lutz and Ashley Greene, who share screen in "Twilight" and its sequel "The Twilight Saga's New Moon", once again co-star in "Warrior (2010/II)" to portray Conor Sullivan and Brooklyn respectively. Joining them in supporting roles are Gabrielle Anwar as Conor's mother and Adam Beach as Sgt. Major Duke Wayne among many others. This indie flick is scheduled to be released in 2010. 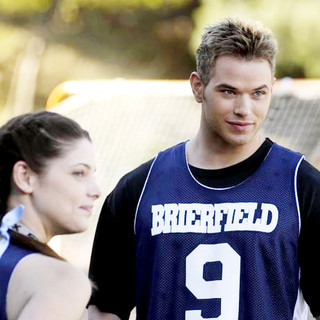 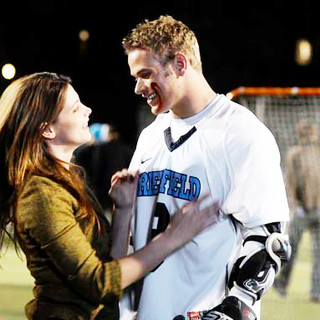 Fall Out Boy On the Verge of Breaking Up