Leona Lewis Sings 'I See You' for 'Avatar' Soundtrack

Soundtrack album for Sam Worthington-starring movie 'Avatar' is going to be released on December 15 and features a song from Leona Lewis.

AceShowbiz - Leona Lewis is confirmed to have scored music for James Cameron's upcoming big screen project "Avatar". She lends her vocal to a song called "I See You" which will be played during the closing credit of the movie.

Leona has entered the studio, working on the track with producers James Horner and Simon Frangle, the masterminds behind Celine Dion's Grammy-winning single "My Heart Will Go On" from movie "Titanic". An accompanying music video for the track reportedly has been in production with Jake Nava sitting on the directing seat.

The rest of the materials in the album are said to be composed by James Horner. The compilation set is plotted to be put out for U.S. purchase on December 15, while the film starring Sam Worthington and Zoe Saldana is due to open wide in theaters on December 18.

Peter Parker May Have Baby in 'Spider-Man 4' 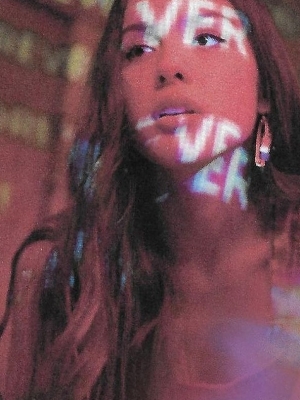