'X-Men Origins: Wolverine' Gets Off to a Strong Start

Though 20th Century Fox are still tallying the receipts from the midnight shows of 'X-Men Origins: Wolverine', it has been claimed that the 'X-Men' spin-off registers at least 4.5 million dollars.

AceShowbiz - Expected to claw in $70 million over the weekend, "X-Men Origins: Wolverine" has got off to a solid start. After its midnight performances on Thursday, April 30, in roughly 2,000 theaters across the U.S. and Canada, the action fantasy movie starring Hugh Jackman reportedly took in between $4.4 million and $5 million.

No final number has been fixed so far on "Wolverine" midnight earning since 20th Century Fox are still tallying up the shows. Still, this opening figure prediction of the Gavin Hood-directed movie mirrors the midnight performance of "Iron Man", which opened to a $5 million midnight bow on the same weekend back in 2008. On Friday, May 1, "Wolverine" opens in 4,099 theater, the widest release Fox has ever had.

Earlier, 20th Century Fox's Chris Aronson shared the studio's expectation on the movie's ticket sales though still keeping in mind that everything could happen. "Until we open the picture and we see the returns, we're keeping our fingers crossed," he said. "If we can do $70 million this weekend, we would be ecstatic." While Fox set their number on $70 million, analysts suggested that the opening weekend tally could be much higher.

"X-Men Origins: Wolverine" itself is a prequel to the "X-Men" trilogy. It chronicles the violent and romantic early life of the titular character, including his participation on the Weapon X program and his complex relationship with Victor Creed. Developed under the direction of "Rendition" helmer Gavin Hood, it has Hugh Jackman returning as the metal-clawed mutant, and Liev Schreiber and Ryan Reynolds taking the roles of Sabretooth and Deadpool respectively.

Official Trailer of 'True Blood' Season 2: It Hurts So Good 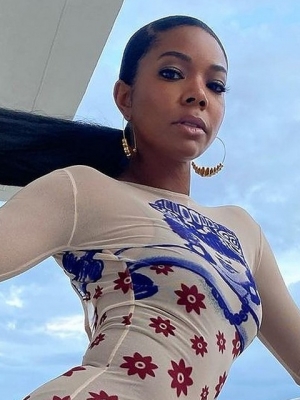