Behind-the-Scenes Video of 'The Expendables'

A behind-the-scenes footage of 'The Expendables' has come out and offered a look at Sylvester Stallone on the set.

AceShowbiz - A behind-the-scenes video of "The Expendables" has been posted at Ethelmae's Blog. The about 90-second footage is said to be taken from the set of the action adventure movie in Brazil and mostly features director/writer/actor %cSylvester Stallone% during several filming occasions.

The video begins with a capture of Stallone explaining what he will do for one particular scene. In it, he can be seen leaping forward and then firing the gun in his hand before turning around in direction of the film's crew. Another footage gives out the extended look at a scene where %cEric Roberts% and %cSteve Austin% leap off side by side in the air to avoid the huge explosion.

"The Expendables" centers its story on a team of mercenaries who heads to South America on a mission to overthrow a dictator, who has caused devastation in the last 20 years. In addition to Sylvester Stallone, Eric Roberts and Steve Austin, it also has %cJet Li%, %cMickey Rourke%, %cBrittany Murphy% and %cCharisma Carpenter% among the star-studded cast ensemble.

The principal photography of this action adventure had begun on March 28 in locations, such as Brazil, New Orleans and Los Angeles. The shooting in Brazil has recently been wrapped up. This Lionsgate movie is eyeing a U.S. release on April 23, 2010.

Heidi Montag In Talks to Pose for Playboy 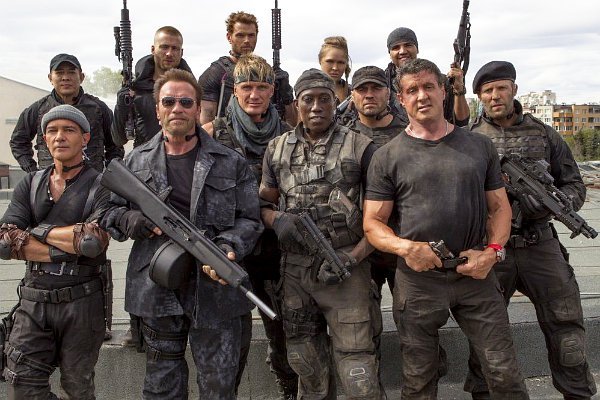 'The Expendables' Mobile Game to Be Released in 2016 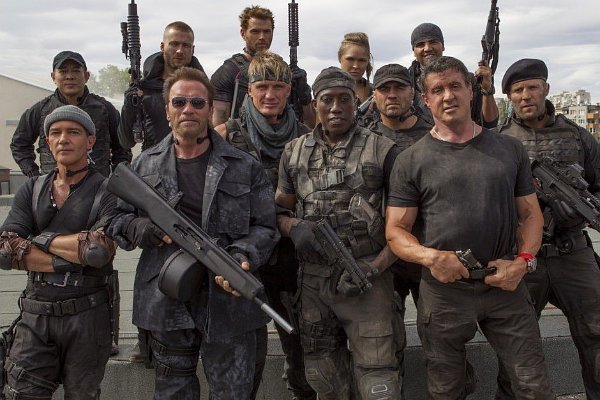