"The New World" is an epic adventure set amid the encounter of European and Native American cultures during the founding of the Jamestown Settlement in 1607. Inspired by the legend of John Smith (Farrell) and Pocahontas, acclaimed filmmaker Terrence Malick transforms this classic story into a sweeping exploration of love, loss and discovery, both a celebration and an elegy of the America that was ... and the America that was yet to come.

Against the dramatic and historically rich backdrop of a pristine Eden inhabited by a great native civilization, Malick has set a dramatized tale of two strong-willed characters, a passionate and noble young native woman and an ambitious soldier of fortune-torn between the undeniable requirements of their civic duty and the inescapable demands of the human heart.

In the early years of the 17th century, North America is much as it has been for the previous five thousand years - a vest land of seemingly endless primeval wilderness populated by an intricate network of tribal cultures. Althought these nations live in graceful harmony with their environment, their relations with each other are a bit more uneasy. All it take to upset the balance is an intrusion from the outside.

One is not long in coming.

On a spring day in April of 1607, three diminutive ships bearing 103 men sail into this world from their uminaginably distant home, the island kingdom of England, three thousand miles to the east across a vast ocean. On behalf of their sponsor, the royally chartered Virginia Company, they are seeking to establish a cultural, religious, and economic foothold on the coast what they regards as the New World.

The lead ship of the tiny flotilla is called the Susan Constant. Shackled below decks in her brig is a rebellious 27-year-old named John Smith (COLIN FARRELL), destined to be hanged for insubordination as soon as the ship reaches land.

A veteran of countless European wars, Smith is a soldier of fortune... though fortune has often turned its back on him. Still, he is too talented and popular to have his neck stretched by his own people, and so he is freed by Captain Christopher Newport (CHRISTOPHER PLUMMER) soon after the Susan Constant drops anchor. As Captain Newport knows -- and the colonists will soon discover -- surviving in this unknown wilderness will require the services of every able-bodied man ... particularyly one of Smith's abilities.

Though they don't realize it at the time, Newport and his band of British settlers have landed in the midst of a sophisticated Native American empire ruled by the powerful chieftain Powhatan (AUGUST SCHELLENBERG). To the colonist, it may be a new world. But to Powhatan and his people, it is an ancient world - and the only one they have ever known.

The English, strangers in a strange land, struggle from the beginning, unable - or, in some cases, stubbornly unwilling - to fend for themselves. Smith, searching for assistance from the local tribesmen, chances upon a young woman who at first seems to be more wooldland sprite than human being. A willful and impetuous young woman whose family and friends affectionately call her "Pocahontas" - or "playful one" - she is the favorite of Powhatan's children. Before long a bond develops between Smith and Pocahontas (Q'ORIANKA KILCHER in her feature starring debut), a bond so powerful that it transcends friendship or even romance - and eventually becomes the basis of one of the most enduring American legends of the past 400 years. 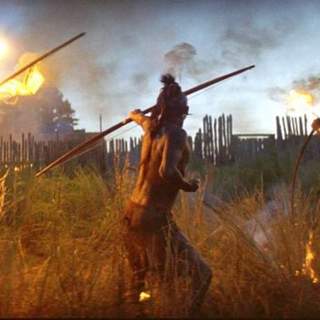 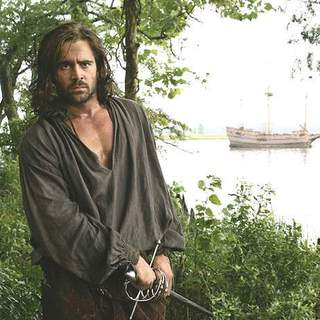 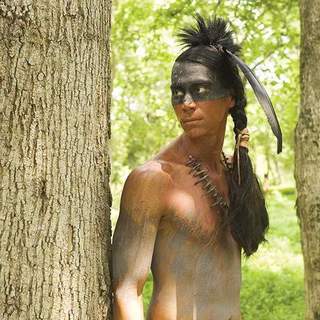 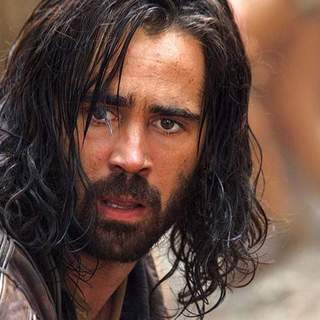 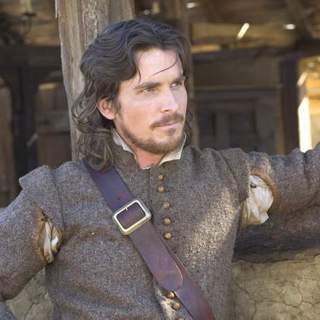 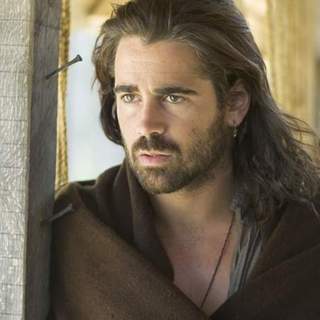 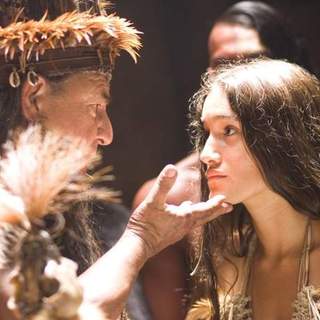 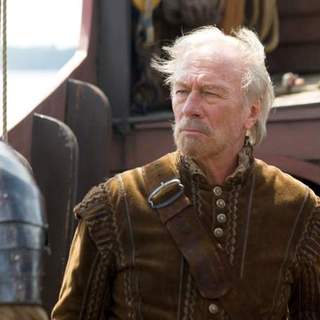