What if you always had someone around to look out for you?

To defend you when challenged by a bully, threatened by an enraged driver, assaulted by a knife-wielding mugger? That at those moments of stress and escalating violence, someone appears - an ever-present avenger, fueled by righteous anger and possessing unequalled strength - and vanquishes the antagonist, rights the wrong, settles the score. Without remorse. Without consequence. Without memory.

And what if that someone...was you?

After more than four decades of continuing popularity, one of Marvel Comics' most enduring and compelling comic book creations comes to the big screen, continuing Marvel's superlative track record of bringing its classic characters to motion picture life: Blade, X-Men, Spider-Man, Daredevil. And now, this summer, The Hulk arrives. Scientist Bruce Banner (Eric Bana) has, to put it mildly, anger management issues. His quiet life as a brilliant researcher working with cutting edge genetic technology conceals a nearly forgotten and painful past. His ex-girlfriend and equally brilliant fellow researcher, Betty Ross (Academy Award winner Jennifer Connelly), has tired of Bruce's cordoned off emotional terrain and resigns herself to remaining an interested onlooker to his quiet life.

Which is exactly where Betty finds herself during one of the early trials in Banner's groundbreaking research. A simple oversight leads to an explosive situation and Bruce makes a split-second decision; his heroic impulse saves a life and leaves him apparently unscathed - his body absorbing a normally deadly dose of gamma radiation.

...And yet, something is happening. Vague morning-after effects. Blackouts. Unexpected fallout from the experiment gone awry. Banner begins to feel some kind of a presence within, a stranger who feels familiar, slightly dangerous and yet darkly attractive.

All the while, a massive creature - a rampaging, impossibly strong being who comes to be known as the Hulk - continues its sporadic appearances, cutting a swath of destruction, leaving Banner's lab in shambles and his house with blown out walls. The military is engaged, led by Betty's father, General "Thunderbolt" Ross (Sam Elliott), along with rival researcher Glenn Talbot (Josh Lucas), and both personal vendettas and familial ties come into play, heightening the danger and raising the stakes in the escalating emergency.

Betty Ross has her theories, and she knows the shadowy figure lurking in the background, Bruce's father, David (Nick Nolte), is somehow connected. She may be the only one who understands the link between scientist and the Hulk, but her efforts to stop the military threat, deploying every weapon in its attempt to capture the monster, may be too late to save both man and creature. 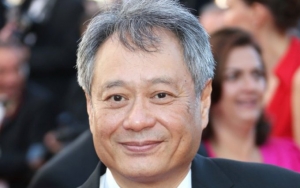 Ang Lee: I Didn't Really Care Much About MCU's Hulk