"Drumline: A New Beat" will capture the sound and spirit of the first film while welcoming a whole new class to the Atlanta A&T drumline. The new story follows female lead Danielle "Dani" Raymond (Alexandra Shipp), an upper class Brooklyn girl who defies her parents in order to attend Atlanta A&T so she can join - and revitalize - their once-prominent drumline. Dani's quest to become the first female section leader will be hampered by upperclassmen, including her cousin Tyree (Jeff Pierre), her feelings for fellow bandmate and rival Jayven (Jordan Calloway), and the school's crosstown competitors. Tasha (Jasmine Burke) and Josh (Scott Shilstone) round out the freshmen drumline and bring their own ambitions onto the field. Sean Taylor (Leonard Roberts) from the original film will return to the franchise as Atlanta A&T's new band director. Sean is looking to make his mark on his alma mater while dealing with "ghosts" from his past: the dean, Dr. Nia Phillips (LeToya Luckett), his brother, Kevin Taylor (Deray Davis) and original "Drumline" favorite, Devon Miles (Nick Cannon). 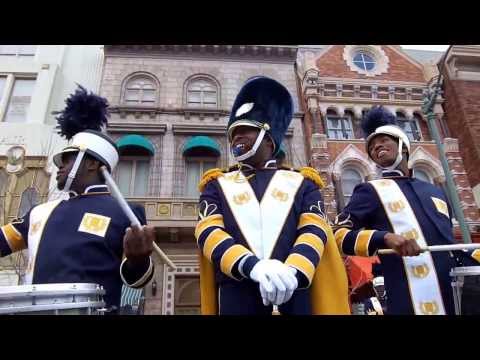