Poor 10-year-old Lucas Nickle (voiced by Zach Tyler Eisen) can't get a break. Recently moved to a new city with his family, he hasn't made a single friend. He gets nothing but grief from his teenage sister Tiffany (voiced by Allison Mack) and not a whole lot of attention lately from his parents (voiced by Cheri Oteri and Larry Miller), who are busy planning their big anniversary weekend trip to Puerto Vallarta. Meanwhile, his loving but kinda kooky grandmother Mommo (voiced by Lily Tomlin) spends all her time trying to protect the family from those outer-space aliens she's been reading about in the grocery store magazines.

To make matters worse, Lucas has become the number one target of local bully Steve (voiced by Myles Jeffrey), who never misses an opportunity to push him around.

But, unbeknownst to Lucas, there is a whole world alive and busy just under his feet and what he sees as "just a bunch of little ants" are actually members of a complex society, with names and relationships, responsibilities and emotions. They're getting mighty tired of having their homes trampled by Lucas The Destroyer. And they're ready to fight back.

The magic potion that Wizard Ant Zoc (voiced by Nicolas Cage) has long been working on is finally finished. One drop in Lucas's gigantic human ear and he is instantly shrunken down to ant size and taken deep below the ant hill to be placed on trial.

The Head of the Ant Council (voiced by Ricardo Montalban) proclaims Lucas guilty of "crimes against the colony." Sentenced by the wise Ant Queen (voiced by Meryl Streep) to live among the ants and learn their ways to earn his freedom, Lucas finds himself in an incredible landscape suddenly teeming with life -- and peril -- that he never noticed or even imagined before, and embarks on the adventure of a lifetime.

As Lucas adjusts to his most unusual circumstances, he learns valuable lessons about friendship, compassion, teamwork and loyalty that will serve him for the rest of his life. He also begins to gain the courage to stand up for himself no matter what the odds.

Lucas's newfound "ant skills" will be put to the test when he is called upon to help his new friends defend the colony against certain annihilation from the local exterminator (Paul Giamatti as the voice of greasy, growling Stan Beals), in an epic life-and-death struggle waged on the Nickles' front lawn. 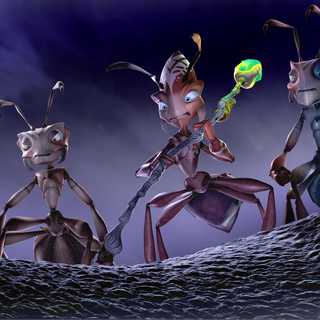 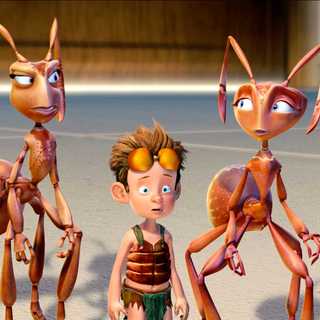 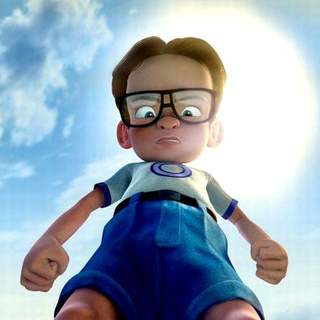 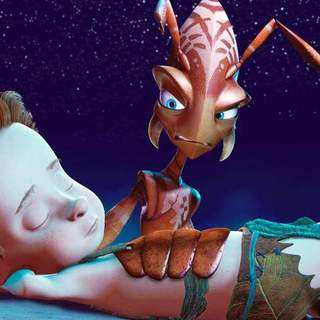