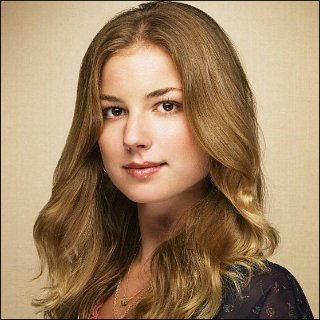 Emily Irene VanCamp, who initially wanted to become a professional dancer, became interested in acting after visiting her sister Katie on the set of the film "Ladies Room". She started taking acting classes and simultaneously landed guest spots on TV series in her homeland Canada. Some of the shows she had starred in among others were "Are You Afraid of the Dark?", "Radio Active", and "Dice".

VanCamp experienced career breakthrough after being cast as regular Sam Dolan on the WB horror mystery show "Glory Days". Though receiving positive reviews, the series' low ratings unfortunately caused it to be canceled after only nine episodes. In fact, the May 12, 1986 born actress was quick to secure another part on "Everwood" as one of its main cast Amy Abbott. The role earned her nominations for a Young Artist Award and four Teen Choice Awards.

Following the show's end, VanCamp went on guest starring on "Law & Order: Special Victims Unit" and "Brothers & Sisters". By 2011, she starred as Emily Thorne / Amanda Clarke on ABC primetime series "Revenge" and was nominated for Choice TV Actress: Drama Teen Choice Award for two consecutive years, in 2012 and 2013. On the big screen, VanCamp was best recognized for her roles as Emily Harris in the 2010 drama "Norman" and as Agent 13 / Sharon Carter in the "Captain America: The Winter Soldier".

VanCamp, who studied ballet, jazz, hip hop and tap as a child, credited her dancing skills to have helped her through her fighting scenes on "Revenge". She once stated that if she had not gone into acting, she would have probably continued dancing or done something related to cooking. Following her broken relationships with Chris Pratt, Joseph Morgan, and Dave Annable, she has been dating her "Revenge" co-star Josh Bowman since late 2011.