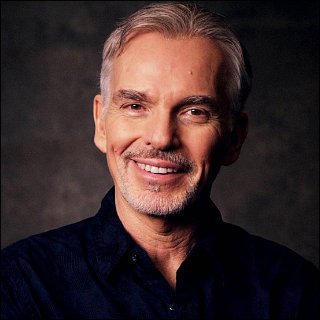 Billy Bob Thornton, born on August 4, 1955, initially started off his career in showbiz playing drums and singing with band Tres Hombres. In 1981 he left his native Arkansas for Los Angeles with the companion of best friend Tom Epperson. There the twosome tried to sell film scripts they written but no one bought. Following the setback, Thornton finally scored his acting debut in the 1986 "Hunter's Blood", which led to his character invention of Karl Childers that was featured in his critically acclaimed film "Sling Blade" (1996).

Writing, directing, and starring in the movie helped increasing his popularity, even more after he was recognized for his 1992 flick "One False Move". Winning an Oscar for Best Screenplay Based on Material from Another Medium, in fact, earned Thornton worldwide recognition and more major roles.

Already becoming a household name, the actor still managed to write and direct films. Besides, he also invaded the small screen, getting into the shoes of sociopathic hitman Lorne Malvo in the FX miniseries "Fargo", based on the 1996 film of the same title. He nabbed Primetime Emmy Award nomination for Outstanding Lead Actor in a Miniseries or a Movie for the role.