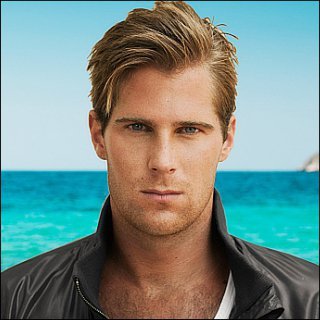 Basshunter is a stage name for Swedish singer/songwriter Jonas Erik Altberg. He was born on December 22, 1984 and started pursuing career in music in 1999. He released an indie album called "The Old Shit" in the same year. Four years later, he came out with another self-released effort, this time entitled "The Bassmachine".

In April 2006, Basshunter was signed to Warner Music and released his first major-label debut single "Boten Anna". In Scandinavia, the song became an instant hit and was the first Swedish-language song to reach number one on the Dutch Top 40 Chart. Besides, this track also ruled at least two other singles chart in Europe. "Boten Anna" is included in Basshunter's third studio album "LOL" which was dropped in September 2006.

Following the success of "Boten Anna" in the continent, Basshunter returned to the studio to re-write the song's lyrics. In order to appeal to foreign market, he wrote the whole lyrics in English and released it in the English-speaking countries under the title "Now You're Gone". Reaching number 3 on Billboard Hot Dance Airplay, the re-write track peaked at No. 1 on Irish and U.K. Singles chart.

With the impressive chart performance experienced by "Now You're Gone", Basshunter included the song in his 2008 studio album "Now You're Gone - The Album". The effort was filled with his previous hit singles which lyrics had been translated into English. It climbed to the top spot on U.K. Albums chart and was certified platinum for selling more than 300,000 copies in the country.

In 2009, Basshunter entered recording booth for his next effort "Bass Generation". He put out the album for Europe purchase on September 28 and and for U.S. market on October 20 that year. The first single from the album is titled "Every Morning" which peaked at number 17 on U.K. Singles chart. In support of the album, he goes on tour across U.K. in October.